Force India’s Otmar Szafnauer: “Fifth and sixth is just what we needed” 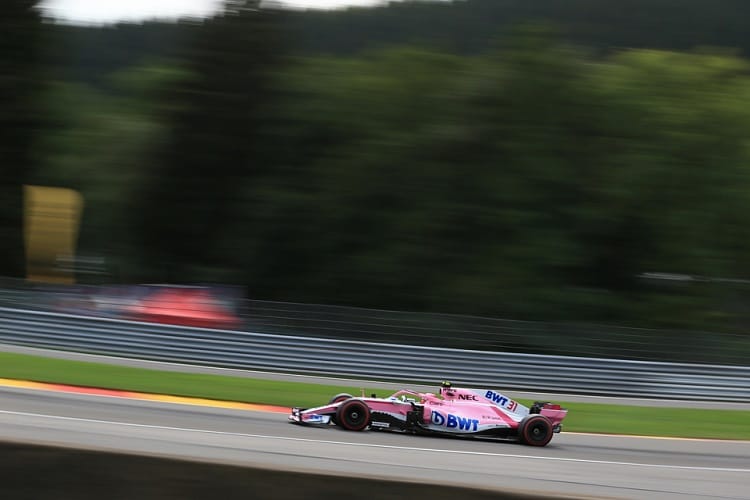 Otmar Szafnauer says securing fifth and sixth place finishes in the Belgian Grand Prix was a great result for everyone involved in the Racing Point Force India F1 Team following all the uncertainty over their future during the summer break.

The Sahara Force India F1 Team went into administration and were promptly saved by a consortium led by Lawrence Stroll, with the team evolving into Racing Point.  All of the Constructors’ Championship points were annulled meaning they arrived at Spa-Francorchamps at the bottom of the standings, but eighteen points lifted them above Williams Martini Racing and brought them to within one point of the Alfa Romeo Sauber F1 Team.

Szafnauer, who was promoted to team principal in place of the ousted Vijay Mallya, was full of praise for both of his drivers for their performance in Belgium, with a second-row lock-out in Qualifying being followed by a fifth place for Sergio Pérez and a sixth for Esteban Ocon.

“To come away from Spa with 18 points feels pretty good,” said Szafnauer.  “We have been quick all weekend and it was important to convert our potential into a strong result today.

“It was a very eventful first lap, but we stayed out of trouble in turn one and Esteban was even challenging for the lead on the approach to Les Combes. Once things settled down, both drivers delivered clean and tidy races, but ultimately we didn’t have the pace to race for the podium today.

“Picking up fifth and sixth is just what we needed and it’s a credit to all 405 members of staff who have showed great resolve in recent weeks. I congratulate them all and look forward to scoring more points in the races to come.”