Zendeli Clinches Championship with Round to Spare 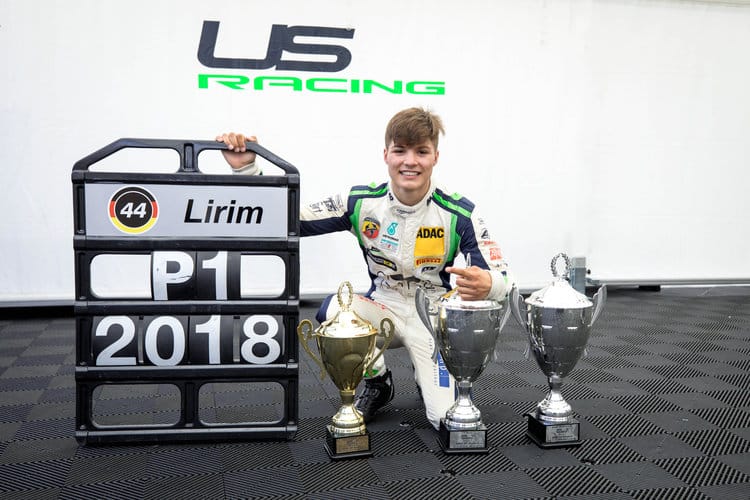 The sixth ADAC Formula 4 Championship round from the Nurburgring saw a golden weekend for Lirim Zendeli. As disaster hit his rivals, the German kept a cool head to secure the race one win, before securing the title in the final event for US Racing – CHRS.

It was a weekend with three different winners though as Frederik Vesti claimed his second of the season, hoping to end the year on a high, having recorded a further podium. Meanwhile, Nicklas Krütten became the first rookie to win a race outright this season, though rival David Schumacher picked up two further rookie class victories.

Elsewhere, Enzo Fittipaldi continued his strong form, becoming the only driver to feature on all three podiums, moving up to second in the standings, as compatriot and Prema Powerteam teammate Gianluca Petecof picked up his first.

It was feisty start for the Prema Powerteam drivers, as the Brazilian’s of Enzo Fittipaldi and Gianluca Petecof almost came to blows in the first corner, with the former coming off better to inherit second. Elsewhere, it was a disaster for Olli Caldwell as he was taken out by Joey Alders at turn 13, ending his race early.

This left Lirim Zendeli to take off in the lead, for the opening lap. Fittapaldi was quick to respond though, getting back to and remaining within a second of the German throughout the race. Zendeli though was wise to his advances, collecting his eighth win of the year.

After disposing of David Schumacher in the early stages, it would be a lonely third place for Frederik Vesti as Schumacher was top rookie in front of Petecof. Rounding out the top eight were the Van Amersfoort Racing drivers of  Liam Lawson and Charles Weerts, as well as Mick Wishofer.

The result was depressing for Lawson who has seen his main championship rivals top the podium, dropping him further behind Zendeli as he went into the weekend 46 points off the pace.

The torrid weekend for Jack Doohan continued, as the Australian littered the track with polystyrene after being forced off on the exit of the complex, damaging his front nose cone. A safety car was called to clear the wreckage as polesitter Lirim Zendeli aced the restart, to pull away from the pack.

Further behind, Liam Lawson desperate to move up the order, got too eager, breaking his nose cone attempting to make it back past Mick Wishofer. The incident saw Wishofer also slow, with both drivers losing a potential podium.

Back at the front, Frederik Vesti hunted down Zendeli, with the championship leader knowing he had enough of an advantage in the title to not fight. Vesti would take his second win in three races from Zendeli and Enzo Fittipaldi who was unable to make it past the German.

It was another fourth place for David Schumacher, again top rookie, with Charles Weerts leading home Gianluca Petecof and Mucke Motorsport’s Nicklas Krutten for fifth. Meanwhile, Leon Koehler was another ten seconds back, rounding out the top eight. 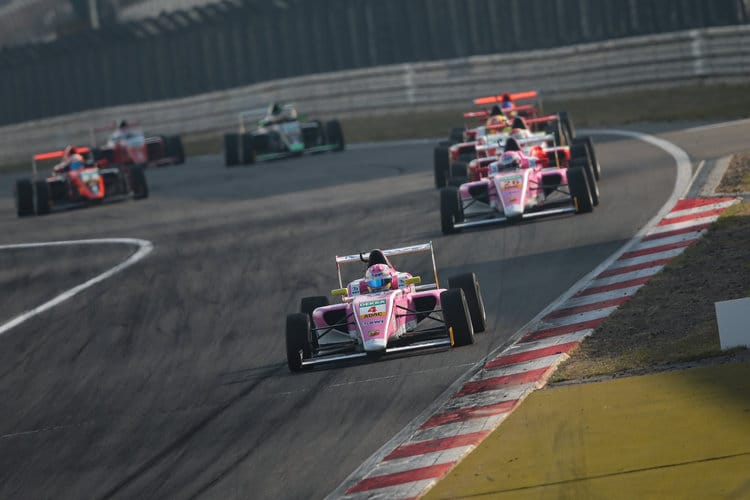 As Nicklas Krütten took the lead off the start, a safety car was soon called to deal with the stricken Joey Alders as front-runner Mick Wishofer was collected by teammate Tom Beckhauser. Further drama though saw championship challenger Liam Lawson in the pits. The issue cost him a lap and thus a chance at the title, with Lirim Zendeli now just needing to hold ground.

After Koehler coming together with Gianluca Petecof at the first corner, Krütten would be left free to take his first F4 win, becoming the first rookie to do so this year. Petecof held on to take second with teammate Enzo Fittipaldi rounding out the podium, his fourth in a row and moving him up to second in the standings.

In fourth was Charles Weerts, after a collision between the Belgian driver and Jack Doohan saw the Australian, who had started at the back, break his front win, forcing him to pit and sacrifice a strong result on safety grounds. Weerts himself would lead home a queue of three cars.

Zendeli would be fifth, thus securing enough points over Fittipaldi to secure the title. Frederik Vesti had been fourth in the early stages, but locked up, dropping to sixth, where he found himself in the wars with Zendeli and Olli Caldwell, who will be disappointed to settle for seventh after a strong drive from the back. David Schumacher rounded out the top eight.