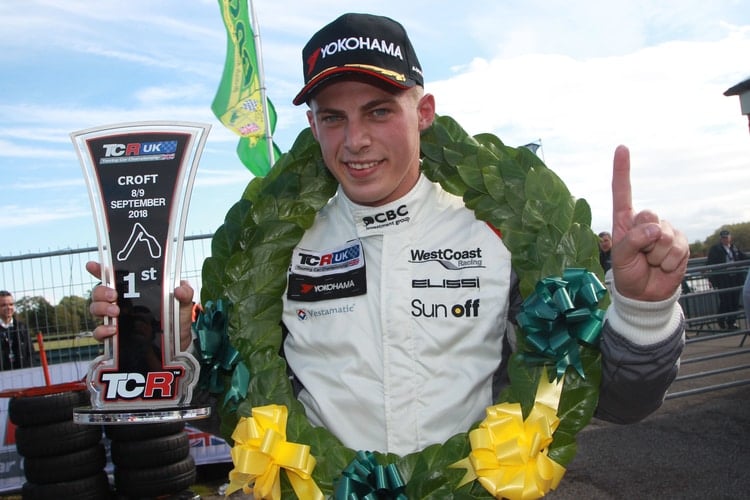 As the lights went out in the opening TCR UK race of the weekend, Andreas Backman led Ollie Taylor into turn one, while Dan Lloyd made the best start of anyone. Having gained three positions straight away from the back of the grid, Lloyd was a man on a mission.

By the end of the lap, he’d also moved up ahead of Finlay Crocker for fourth place, but there was drama further back. It became apparent that contact between Darelle Wilson and Lewis Kent had put the former out of contention, while damage to the latter’s car forced him into the pit lane for repairs.

It wasn’t long before Lloyd had closed up onto the back of Stewart Lines‘ Cupra. With a potential podium result on the line, the Maximum Motorsport driver/team-owner wasn’t about to give up the position without a fight. Lines’ defensive antics slowed the pair of them down however, allowing the likes of Finlay Crocker and Jessica Backman to reel in championship leader, Lloyd.

Crocker seemed eager to capitalise, but it was Lloyd who in fact appeared to be the most likely to pull off an overtake. The following lap, a cut-back manoeuvre on the exit of the hairpin didn’t quite come off, but by the time the cars had made their way down to turn three, WestCoast Racing‘s top driver had made his way into third position.

It wasn’t without controversy though. Just as had been the case at Oulton Park last time out, light contact was made between the pair as Lloyd took to the inside, but it was enough to force Lines onto the grass. With the door wide open, Crocker and Backman also made their way past Lines, who rejoined in sixth place.

With five minutes left on the clock, Andreas Backman had a comfortable lead out in front, however Ollie Taylor was far from comfortable in trying to defend from his onrushing championship rival. Lloyd gave it his best, but ultimately Taylor would hold on to split the two WestCoast Racing cars by the time the chequered flag was waved.

Out in front though, it was Andreas Backman who took a deserved victory – his first race win in the TCR UK Series; or any form of circuit racing for that matter.