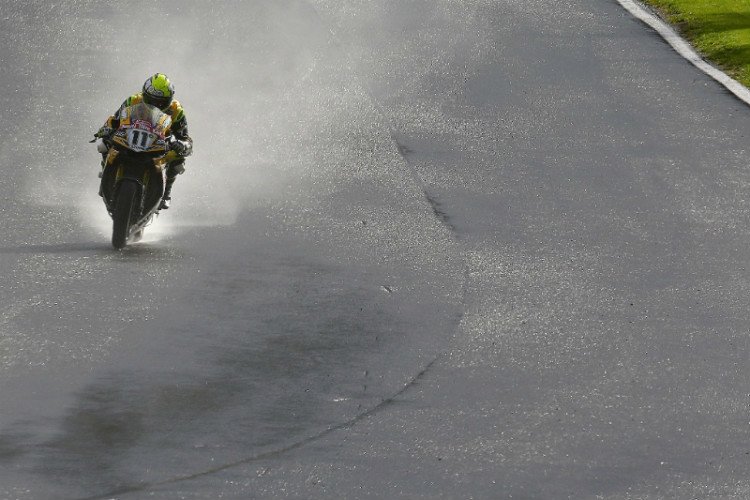 James Ellison has been left feeling frustrated with his weekend at Oulton Park and says that he and the team have “hit that wall again.”

Despite finishing inside the top 10 in both races, Ellison believes that his Anvil Hire TAG Racing Yamaha machine had the potential for even stronger results.

The Cumbrian began the opening race down in 16th after “going the wrong way with a suspension set-up change” ahead of Saturday’s qualifying session. The rain fell before race one, leading to a reduction in the race distance – down to 16 laps.

Despite a sluggish opening lap, Ellison soon began to fight his way through the field, picking up four places with six laps of the races remaining. The Yamaha man made easy work of the riders ahead of him and slotted into ninth in the closing stages. Despite his best efforts to catch Peter Hickman, Ellison would eventually have to settle for ninth.

On the opening race, Ellison commented:

“It’s been really frustrating, I felt like we were getting somewhere and making headway, but we’ve hit that wall again. I think we had a great race in the first race, the track was greasy and loads of people were having moments. But once I got into my rhythm I picked through the group ahead and I finished ninth. I posted my fastest lap at the end of the race, so I was happy with that.”

Ellison’s quick lap-time in the opening race meant that he started race two from seventh on the grid. A positive start saw Ellison become involved in a four-way battle for eighth place, with the riders swapping positions throughout the race.

With four laps remaining, Ellison once again had his sights set on Hickman – but also had to be wary of Andrew Irwin closing the pair down. On the final lap, at the last corner, he was passed by Irwin and lost out on the drag to the line.

Ellison was disappointed with the second race, having expected more from the setting the team used. He said:

“Going into the second race I was quite confident because we had a great feeling in the final free practice, we basically put that setting back in the bike and I just struggled, something isn’t right, and I’m frustrated for everybody, it was tough race.

“It doesn’t show our true potential, so we’ll keep working, assess the data and come back at Assen stronger.”

Round 11 of the 2018 Bennetts British Superbike Championship takes place at the iconic Assen circuit in two weeks time.