Irwin aiming for victory in Showdown opener at Oulton Park 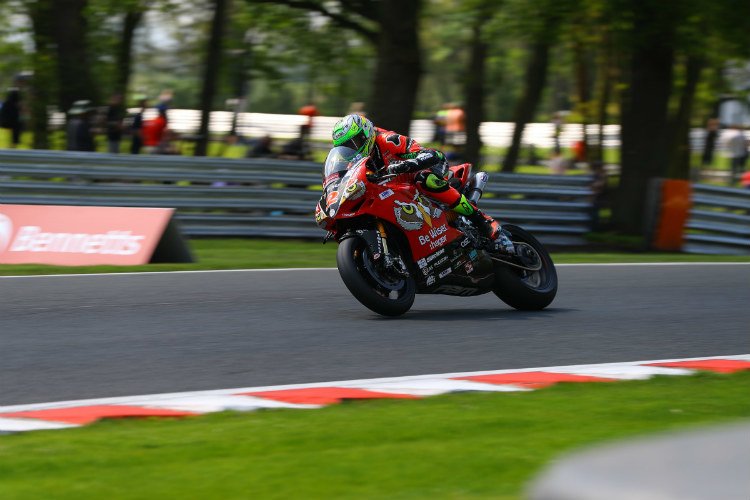 Glenn Irwin has his sights firmly set closing the points gap on the riders in front of him in the championship standings this weekend, as the Showdown rounds get underway at Oulton Park.

Irwin qualified for the top six Showdown in the opening race at Silverstone last weekend, and now sits fifth in the standings. With six podiums to his name, his total points tally as we enter the Showdown is 516 – 52 points behind championship leader Leon Haslam.

The Oulton Park circuit is the Be Wiser Ducati team’s local track, and Irwin acknowledges that the Panigale R machine works well there. Speaking ahead of the race meeting, Irwin stated that it’s down to him to try and win both races on a bike which should be competitive:

“We arrive in the Showdown with a chance to win the championship and that has been the goal all season long so far. I will work hard across the weekend to improve in areas that we need to from our earlier visit here which didn’t go as I’d have liked.

“It’s nice to get to the race track now and concentrate on riding without worrying about qualifying for the Showdown. We know the bike works well around here so it’s up to me to try to win both races now.”

This is the second time that the Bennetts British Superbike Championship has visited the Cheshire circuit in 2018. Earlier on in the season, Irwin’s opening race didn’t go as planned, as he crashed out of third spot. The 28-year-old finished fifth in race two, following a battle with Shane Byrne.

Datatag Extreme Qualifying takes place on Saturday from 16.00, with the two races scheduled to take place on Sunday at the slightly later times of 13.35 and 16.35 respectively.