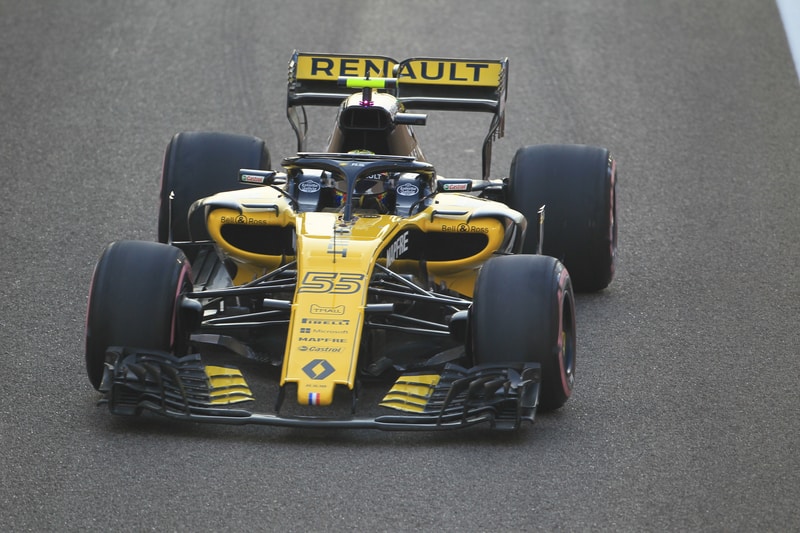 After finishing sixth in the Abu Dhabi Grand Prix, Carlos Sainz Jr. said that the result felt “like payback” for his misfortunes earlier in the season, most pertinently in the French and Mexican Grands Prix.

Sainz Jr. profited from Kimi Räikkönen‘s early retirement to record his second best result of the season in his final race for the Renault Sport Formula 1 Team. The Spaniard’s lofty position secured fourth place for Renault in the Constructors’ Championship and elevated him into the top ten of the Drivers’ standings; ahead of the man he replaces at the McLaren F1 Team for 2019, Fernando Alonso.

Sainz Jr. hailed a “perfectly executed race”, one that saw him come under very minimal pressure from behind – finishing 25 seconds behind Valtteri Bottas and 18 seconds ahead of Charles Leclerc. The 24-year-old said that the disappointments in France and Mexico, where mechanical problems put paid to promising positions, had reversed themselves at the Yas Marina Circuit.

“Today was a really great result for us and this sixth place feels a bit like payback for France and Mexico,” said Sainz Jr. “We deserve it!

“I had a very strong pace all the way and it was a perfectly executed race. We achieved fourth in the Constructors’ Championship and it is a very big result for us.”

The former Red Bull-affiliated driver saw the race as evidence of the team’s progress from a steady first two years back as a works team. Sainz Jr. said that he can leave Renault “feeling very happy” with his and their achievements, thanking the team for their efforts over the past 14 months. Another former Red Bull-backed driver in Daniel Ricciardo takes his place for next year, as Renault look to break into the top three of the championship for the first time in 12 years.

“This last race of the season firmly demonstrates all the progress made this year,” Sainz Jr. added.

“I leave this team feeling very happy with what we’ve achieved and as a driver it makes me especially motivated. This was my last race with the Renault team and I thank everyone for the last year and a half.

“I’m not leaving the family and look forward to continue to see many of my Renault colleagues as I join McLaren.”