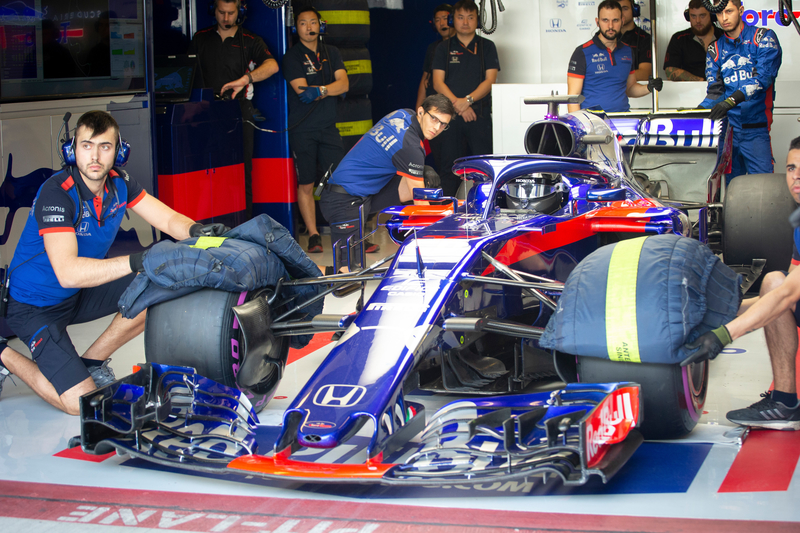 Daniil Kvyat is feeling ‘comfortable and confident’ immediately after his first day back in an F1 car at Red Bull Toro Rosso Honda.

After being replaced at the team by Pierre Gasly, Kvyat was announced as a surprise return to F1 after a spell as a Ferrari developmental driver in 2018.

The Russian completed 155 laps on the second day of the Abu Dhabi post-season tyre test and set the eighth fastest lap with a 1:38.862s.

Speaking after his time in the car, Kvyat revealed he was happy with his work and was feeling at home in the car straight away.

“I think today was a very positive and good day as we covered 155 laps, which is about three Grands Prix in one day.

“To be honest, I felt comfortable and confident straight away in the car which was great.”

For many of the drivers at the test, it was their first chance to get familiarised with their new team’s ahead of the 2019 season, a factor Kvyat pointed to as hugely important ahead of next season.

“What’s important about today was we were able to test a good amount of tyres for next year, gathering a lot of useful information and data for the team.

“I’m feeling really comfortable here and it’s great to be back, I’m really looking forward to next year!”

By Nick Golding
2 Mins read
Lando Norris will be hoping to extend his run of finishing every race in the top five this weekend in Barcelona, whilst Ricciardo hopes for further improvement.
Formula 1

By Nick Golding
1 Mins read
Another one-stop pit strategy possibly lays ahead this weekend at the – notoriously difficult to overtake – Spanish Grand Prix.