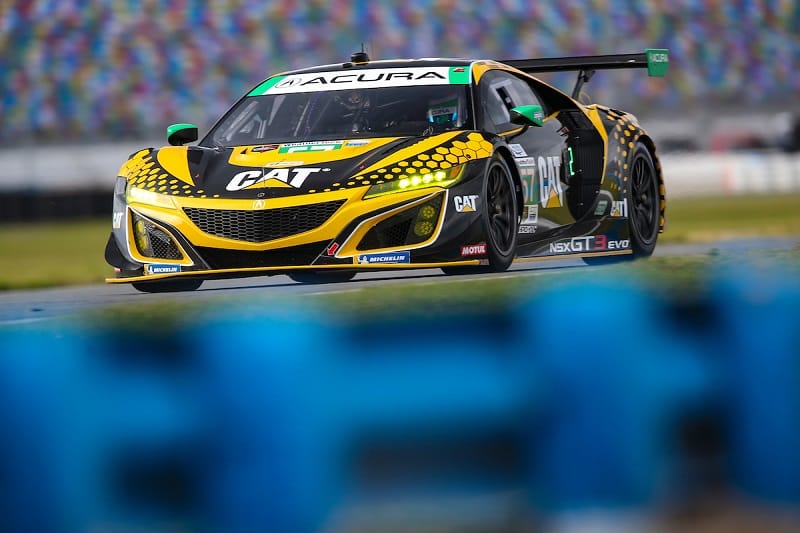 Ana Beatriz was fastest in the GT Daytona Roar Before the 24 Qualifying session on Saturday that determined the best pit and garage selection for the rest of the month at the Daytona International Speedway after P1 Motorsports lost their times for using an illegal driver.

Only Bronze or Silver-rated drivers were allowed to participate in the session, but P1 Motorsports ran with Gold-rated Dominik Baumann, which resulted in the times for the #71 Mercedes being deleted, meaning Beatriz gave the all-female #57 Meyer Shank Racing Acura top spot with a time of 1:45.537.

Beatriz, returning to the United States for the Rolex 24 at Daytona after spending the past few seasons racing in her homeland in Brazil, is sharing the car this month with Katherine Legge, Simona de Silvestro and Christina Nielsen, and her best time ensured that Meyer Shank Racing will have the first pick of pit garage and where they wish to be on pit lane for the race at the end of the month.

Frankie Montecalvo was ultimately second fastest in the #12 AIM Vasser Sullivan Lexus ahead of the second Meyer Shank Racing Acura of Trent Hindman and the #33 Riley Motorsports – Team AMG Mercedes of Ben Keating, who were third and fourth respectively, the top four covered by just 0.125 seconds.

Jeff Westphal put the #63 Scuderia Corsa Ferrari into fifth ahead of the #29 Montaplast by Land Motorsport Audi of Daniel Morad, with the Black Swan Racing Audi of Marco Seefriend seventh ahead of the #13 Via Italia Ferrari, #14 AIM Vasser Sullivan Lexus and the #19 Moorespeed Audi.

The defending GT Daytona champions within the IMSA WeatherTech SportsCar Championship, the #48 Paul Miller Racing Lamborghini, did not take to the track, nor did the #96 Turner Motorsport BMW team.