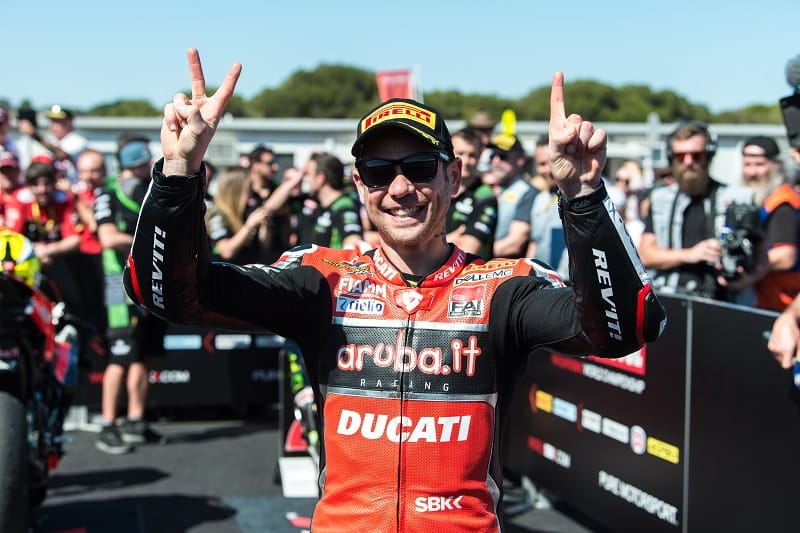 Alvaro Bautista continued his undefeated start to life in WorldSBK by winning both races on Sunday in Australia. The Spaniard backed up his race one victory with a hard-fought success in the inaugural Superpole race, before cruising to another dominant win in race two, ensuring he leaves Phillip Island with a maximum 62 points.

The new ten-lap sprint race, dubbed the Tissot Superpole race, gave Bautista’s rivals the first opportunity to respond after his 15-second demolition job on Saturday. His second win of the weekend was nowhere near as convincing, with reigning champion Jonathan Rea throwing everything at the Aruba Ducati in his efforts to keep pace. Bautista and the new Panigale R proved too strong in the end though, as he secured race two pole position and 12 championship points.

Victory in race two was never in any doubt for Alvaro, especially after he grabbed the holeshot on lap one with Leon Haslam edging ahead of his Kawasaki team-mate for second. In similar fashion to his win 24 hours earlier, Bautista disappeared into the distance at one second per lap, with the rookie finishing 12 seconds clear of the duelling Kawasaki riders.

The battle for second was settled in favour of Rea, three tenths ahead of Haslam who matched his result in the earlier SP race. A trio of Yamahas followed next with Michael van der Mark overcoming Alex Lowes and Marco Melandri to take fourth while Chaz Davies’ disappointing weekend ended with seventh, 26 seconds adrift of his team-mate.

Sandro Cortese was eighth ahead of GoEleven’s Eugene Laverty while Leon Camier registered Moriwaki Althea Honda’s first points of the year with tenth.