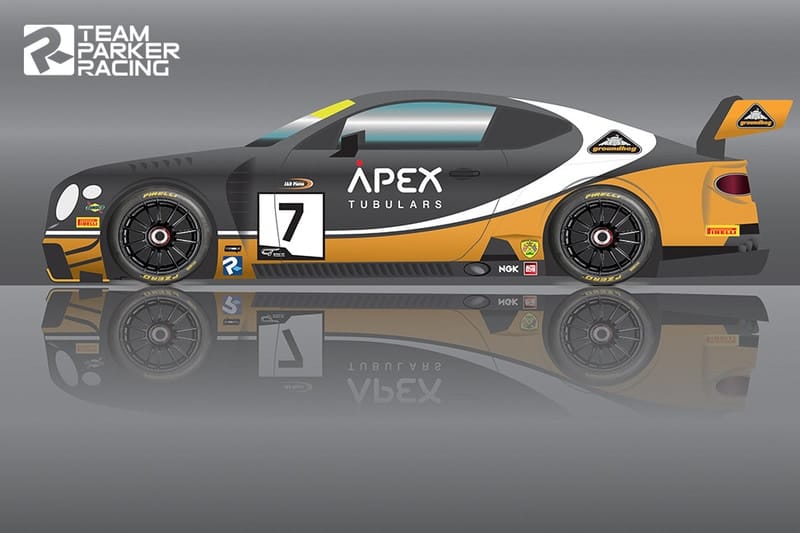 Team Parker Racing have announced that Glynn Geddie will compete in the 2019 season alongside Ryan Ratcliffe in the new Bentley Continental GT3. The 2011 British GT Champion has not competed in the series since 2014 when he appeared with United Autosports in a one-off appearance.

This will be Ratcliffe’s second season with the team after racing the older generation Bentley alongside Rick Parfitt Jr. in 2018. The closeness within the team was highlighted by Ratcliffe who said, “As soon as I started driving with the team last year, I knew I wanted to continue with them and going elsewhere wasn’t an option.”

After Parfitt and Seb Morris won the title in 2017, the team were unable to repeat such success with their best result of the season being a second place at Spa-Francorchamps in 2018.

However, at the end of last season, Parfitt decided to retire from British GT indefinitely leaving Team Parker to look for a replacement. Step forward Glynn Geddie.

His title in the series came at the age of 21 when he raced alongside his father Jim Geddie. However, this will not be his first year with Team Parker Racing having competed with them as early as 2008. Speaking about the opportunity, Glynn said, “I’ve not raced a GT3 car full-time since 2012 so to come back with Stuart is good because I know the team well and it will help me re-acclimatise.”

This will be the first year for the second-generation Bentley in British GT. However, Geddie will not be able to experience this car for the first time until the Media Day on 5 March. “It is not ideal but we’ve got a number of test days lined up before the start of the season so we should be in good shape by the time we get to Oulton Park.”

Thankfully for the team, Ratcliffe experienced the car in August last year which will provide guidance in setting the car up quickly. Speaking of his experience he added, “It’s got something about it, and it’s definitely one of the most aggressive looking cars out there.”

Team Parker Racing will definitely be aiming for a more fruitful season after such an uneventful 2018.

Motorsport Journalist for TCF. Been a huge fan of motorsport since an early age and love getting track-side.
Articles