Russell excited for testing as FW42 breaks cover in Barcelona 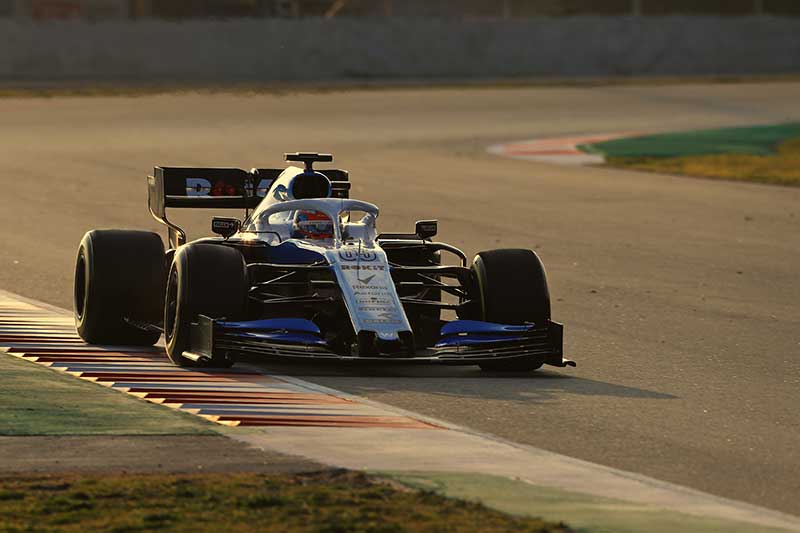 ROKiT Williams Racing made their delayed debut today at Circuit de Barcelona-Cataluyna as the FW42 hit the track for the first time in 2019.

The former world championship winning team experienced one of their worst years in the FIA Formula 1 World Championship in 2018, while a change of drivers came over winter, a change of luck has yet to arrive.

Initially the team announced they would be missing their planned filming day ahead of this weeks testing, then it was announced the team would miss the first day of testing, and then the second… finally the car arrived at the circuit in the early hours of today.

Following a morning of set up work, George Russell was finally able to make it out on to track to complete the first installation lap.

The reigning FIA Formula 2 champion completed a total of 23 laps in the afternoon session as the team checked everything over.

“It was amazing to finally drive the FW42.” said Russell. “Today we focused purely on install laps, shaking the car down and data gathering.

“Our focus was not on performance runs so I can’t judge the overall potential of the car, but I’m excited that we will get a full day of running tomorrow.”

Robert Kubica will get his first run in the car in the morning session before handing it back over to Russell for the final session of this week.