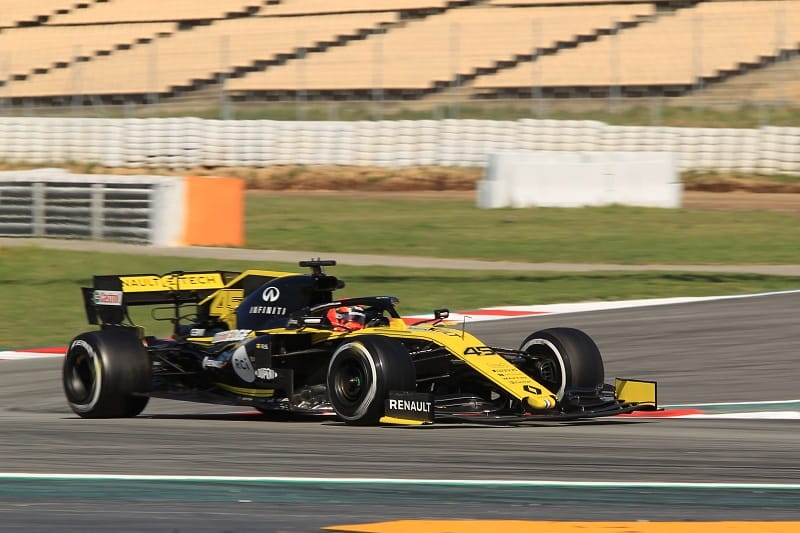 Jack Aitken felt it was ‘mission accomplished’ for him during his run with the Renault F1 Team during the post-Spanish Grand Prix test on Wednesday, with the FIA Formula 2 race winner completing a productive seventy-five laps in the R.S.19.

Aitken, the official Renault test driver in 2019 and part of Campos Racing’s Formula 2 outfit, says the car showed good performance throughout the day and he hopes to have given some feedback about some of the ‘interesting’ developments the team brought to the test.

“It was really good,” said Aitken on his official website.  “We did a solid number of laps and got through everything that we needed to do, so I would say it was definitely mission accomplished!

“The car showed a good level of performance and we looked at a number of interesting development directions and ideas for the future. We’ve certainly got a few things to think about now, which should hopefully bear some results.

“It’s honestly an amazing car, and I wish more people could experience what I just did. The feeling is out of this world. I think what people sometimes don’t realise is just how close the fight is with our nearest rivals, so sometimes it’s quite hard for us as a team to stand out.

“But there’s such strength in depth in the engine and chassis that we’ll definitely get there. Of course we’ve got an amazing driver line-up as well, which it’s a real privilege to be a part of.”

Aitken set the sixth fastest time of the day on Wednesday but insists times mean very little in testing conditions, knowing he just needs to get the job the team wants him to do done.  He was pleased to get a lot of consistent laps on the board and some good feedback to the team, with the pace shown just an added bonus.

“You don’t really think about that much when you’re testing: you’ve got a job to do and you focus on getting it done,” said Aitken.  “We were able to run some very consistent laps and give the engineers a good picture of how the car was working, so I’m much happier about that than I would be about setting quick times.

“As it happened though, the times weren’t bad, so I’m pretty happy!”