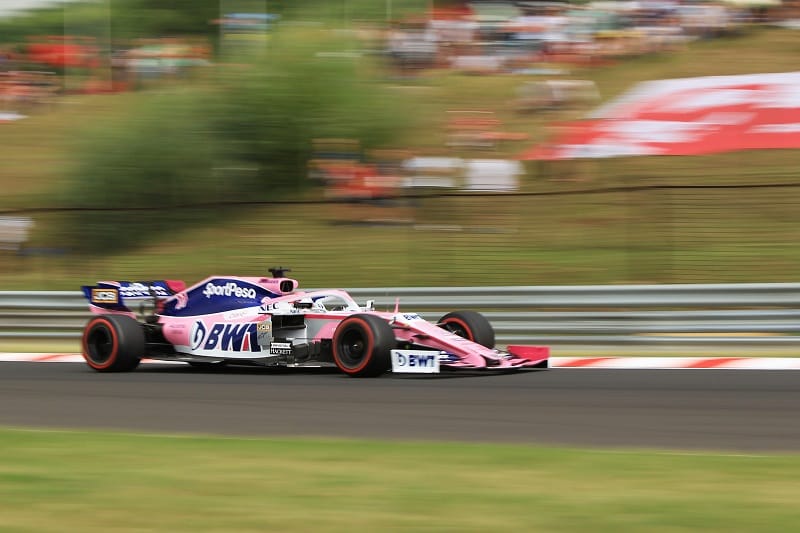 After seeing both cars eliminated from Qualifying at the first hurdle on Saturday, Otmar Szafnauer admitted it was always going to be difficult for the Racing Point F1 Team to break into the points during the Hungarian Grand Prix, although they came incredibly close with Sergio Pérez, who finished eleventh.

It has now been eight races without a point for Pérez, but he was on course for a top ten placing at the Hungaroring, only for a late and robust move from Scuderia Toro Rosso’s Alexander Albon into turn one to deny him that chance of a first points finish since the Azerbaijan Grand Prix.

Pérez was lucky to make it to the chequered flag as Albon’s move saw the Thai driver’s car strike the side of the Mexican’s, with the suspension being damaged that prevented the Racing Point ace from fighting back.

“It was always going to be hard work considering our starting positions, but we gave it everything and came close to scoring a point with Sergio,” said Szafnauer, the Team Principal and CEO of Racing Point.

“The move from Albon was very firm and there was significant contact involved, which affected Sergio’s car late in the race.”

The other Racing Point of Lance Stroll was less fortunate, finding himself in traffic throughout, and a gamble on an early visit to the pit lane was unsuccessful as the driver he was eager to pass – Williams Racing’s George Russell – also pitted on the same lap and came out ahead of him.

“For Lance, we had to react to the cars around us early on, which forced a pit stop earlier than anticipated,” said Szafnauer.  “We had to react to [Antonio] Giovinazzi pitting, but Russell pitted on the same lap as Lance and we remained stuck behind him.

“We moved to a two-stop race to see if we could make the fresh tyres work for us in the final part of the race, but ultimately we ran out of laps.”

Szafnauer says it will be important for Racing Point to relax and come back refreshed from the summer break, with the first race of the second half of the campaign coming at the legendary Spa-Francorchamps for the Belgian Grand Prix on 1 September.

“It’s disappointing to leave Budapest empty-handed, but we will come back refreshed after the break, determined to have a much stronger second half of the season,” insisted Szafnauer.

Pierre Gasly: “To get the P5 at our home race here in Imola is a great result”

By Paul Hensby
2 Mins read
Pierre Gasly was delighted to qualify fifth for the Emilia Romagna Grand Prix, but there was disappointment for Yuki Tsunoda, who crashed early in Q1.
Formula 1