Mercedes Left Disappointed after Missing Out on Pole Position in Singapore 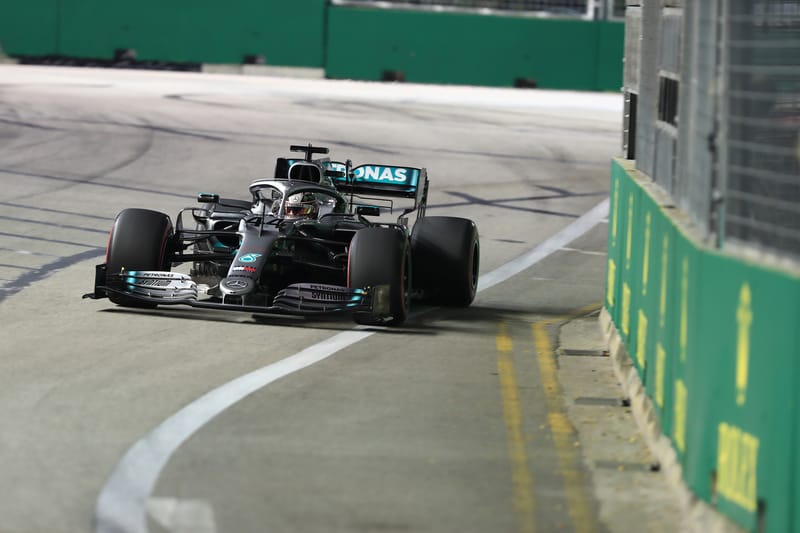 Mercedes AMG Motorsport were disappointed on just missing out on pole for the Singapore Grand Prix this weekend to Scuderia Ferrari driver Charles Leclerc.

It was a bittersweet day for the Brackley-based team, with Lewis Hamilton claiming second on the grid, while his team-mate Valtteri Bottas starts fifth.

Despite the result, reigning World Champion Hamilton is confident that he can take the challenge to Ferrari in the race around the Marina Bay Street Circuit on Sunday.

“I don’t think we were expecting the Ferraris to be so quick today, they’ve clearly made some improvements to their car and it’s working really well, so fair play to them,” said Hamilton.

“We had a deficit after the first run in Qualifying 3 and I was sitting in the garage thinking ‘Oh my God, it’s a second – where am I going to find a second?’ But all you can do is tighten your seat belt and launch the car through those corners, and I managed to improve by about a second.

“I gave it everything I had tonight, but I couldn’t find any more time. Nonetheless I’m really glad to be on the front row and I hope that I can fight tomorrow with the Ferraris – it’s going to be a tough one, but not impossible.”

In contrast, Bottas was not as content starting in fifth position, believing he could have brought home a better result.

“This is a disappointing result because I think we had the possibility to achieve more today. I felt much more comfortable in the car in qualifying than I did in any other session of the weekend,” said Bottas.

The Finn said at the beginning of qualifying, he believed that the team might have a real chance to lock out the front row, but as the session progressed and the Ferraris got quicker, realised it was going to be no easy feat.

“I was actually pretty happy after Qualifying 1, thinking that we might be able to fight for a spot on the front row today,” said the Finn. “But the Ferraris just kept getting quicker and quicker, they kept improving their times and ultimately we just couldn’t match them.”

Team principal Toto Wolff also acknowledge that taking the victory might prove to be a challenge. He admitted the team did not get everything right during Qualifying, which made it more difficult for both Hamilton and Bottas to fight for pole position.

“That was a tricky qualifying session for us. We needed to get every detail right between the out-laps, the tyre warm-up and track position, and we didn’t quite manage that when it counted today,” said Wolff.

“Likewise, Ferrari were very strong: as usual, they were gaining time on us along the straights, but they were also very competitive through the corners all the way through the lap.”

Chief race engineer Andrew Shovlin also acknowledged that there was room for improvement, with their tyres not in the correct operating window ahead of their fast laps due to finding themselves in traffic. Bottas in particular was left out of position after being compromised in each of his final three quick laps during the session.

“We could have done a better job of giving our drivers good out-laps. We seemed to need a faster lap than the others to bring the tyres in but as soon as we left the garage we’d have a group of cars roll out in front of us and end up starting the lap with tyres that were out of the temperature window,” said Shovlin.

“We decided to go late for the final run in Qualifying 3 which risked us getting caught out with a yellow flag but even then we had another car leave just ahead.

“We’ll have a look at how we could have handled it more effectively as both cars could have found more time today, especially Valtteri who had a really strong start to the sessions but didn’t get good track position for any of his last three runs.”