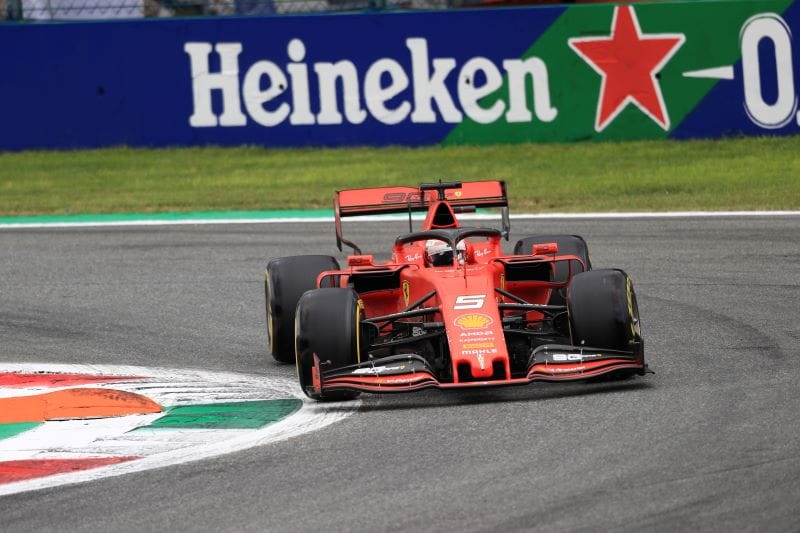 Sebastian Vettel left Sochi dejected and a feeling of what might have been after retiring from the Russian Grand Prix on lap 26.

Vettel got a dream start from third on the grid to jump both Ferrari teammate and pole sitter Charles Leclerc as well as Lewis Hamilton into turn 1 to take the lead.

Things started to go wrong for the German when Ferrari alerted to him that they wished to switch the placings with Leclerc, but as the Monegasque driver was at one and a half seconds behind his teammate who in turn was the fastest man on track, making Ferrari’s plan impossible to achieve.

With Hamilton reeling the Ferrari’s in due to the tyres on Leclerc’s car going off, Ferrari pitted Vettel first and was jumped by Leclerc for track position although the had yet to pit.

But just over a lap after his stop, Vettel suffered an MGU-K failure approaching Turn 16, putting him out of the race and with it his first retirement of the season, with the enraged German screaming over the team radio to “Bring back the f***ing v12.”

“Today, we are very disheartened. We wanted to finish first and second, but all we got was a third-place,” said, Vettel. “It’s not the result we were hoping for.

“I got a good start and the first stint was pretty quick which allowed me to open up quite a gap,after the pit stop, I rejoined in second place but shortly afterwards the team asked me to stop the car because there was a problem with a hybrid component on my Power Unit. I hope the engine will be okay for the coming races.”

Vettel’s only consolation from Sochi that he took home the driver of the day award by the fans.

I write a little bit about F1, don't hold back with views.
Articles