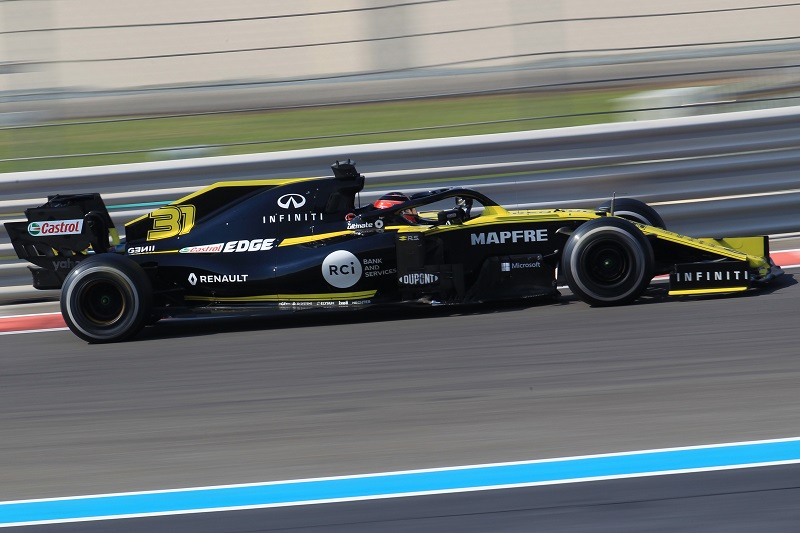 Esteban Ocon had his first taste of Renault F1 Team machinery during the two-day test at the Yas Marina Circuit earlier this week, with the Frenchman completing two-hundred and five laps across Tuesday and Wednesday.

Ocon did not race competitively in 2019 following the decision by the Racing Point F1 Team to bring in Lance Stroll alongside Sergio Pérez, with the twenty-three-year-old being used as a test and reserve driver for the Mercedes AMG Motorsport team.

It was announced earlier this year that Ocon would replace Nico Hülkenberg as Daniel Ricciardo’s team-mate for 2020, and he was released from his duties with Mercedes after the Abu Dhabi Grand Prix on Sunday to allow him to get behind the wheel of the R.S.19 from Tuesday morning as they tested the 2019 and proposed 2020 Pirelli tyre compounds.

“It’s been a busy two days in Abu Dhabi with a great outcome to write 2019 off with a nice ending,” said Ocon after Wednesday’s running.  “Today, especially, was very productive; it was probably worth two days of testing.

“We worked through a lot of things, which was very useful. I was getting used to everything again and growing more comfortable on each run. There were some important details cleared on my side and we also identified some areas we need to work on over the winter.

“I would like to thank Renault for this opportunity, I wish all the team a great winter after a busy season and I look forward to seeing them again soon.”

Permane Heaps Praise on Ocon: “You wouldn’t know he hadn’t been driving regularly”

Alan Permane, the Sporting Director at Renault, said Ocon drove faultlessly over the two days in Abu Dhabi, and it was not obvious that the Frenchman had not been driving competitively throughout the season.

Permane said Ocon gave good feedback across the test that he hopes this gives the team the impetus to hit the ground running in 2020 and improve their position in both Championships.

“This week’s test has been very good with Esteban in the team,” said Permane.  “We drove 205 laps, with the car, and Esteban, running faultlessly.

“You wouldn’t know he hadn’t been driving regularly, given his excellent fitness and ability to keep consistent. His feedback was good, and we had no issues at all. It means we are well prepared for our winter campaign and we can go into next year ready to hit the ground running.”