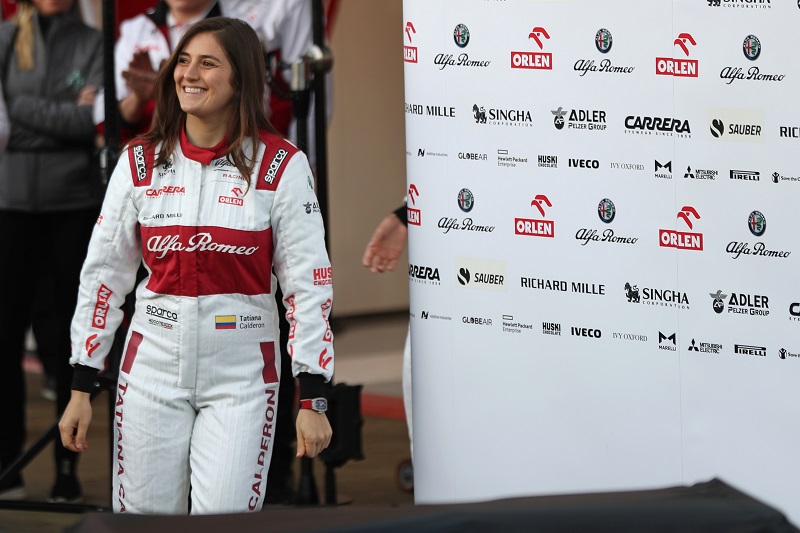 British racing driver Sarah Moore believes Formula 1 could see a female on the grid within the next five to six years, with two women currently aligned with Formula 1 teams.

Twenty-five-year-old Moore was set to compete in her second W Series campaign in 2020 prior to the cancellation of the season due to the coronavirus, but she will now how to wait for 2021 for that opportunity.  She finished eighth in the inaugural season with a best finish of fifth coming in the opening round at the Hockenheimring and again at Zolder.

Not since 1992 has a female attempted to race in Formula 1, when Giovanna Amati attempting to qualify a Brabham for the first three races of the year before being dropped in favour of future World Champion Damon Hill.

Moore says the fact that Jamie Chadwick is a Development Driver with Williams Racing and Tatiana Calderon is a test driver with Alfa Romeo Racing, and the success of W Series, has increased the chance of a woman reaching Formula 1 in the near future.

“I’d like to think there will be a woman driver on the F1 grid in five to six years’ time,” Moore said to Sky Sports.  “We’ve got Jamie now in that F1 paddock, and Tatiana Calderon.

“The W Series is helping to open a lot of people’s eyes to the talent that is out there – I remember going to Austria for the initial selection process and it was surprising even for us to see so many female drivers in one room. In terms of F1, we’re getting there.”

Keeping the paddock safe – the doctors behind Formula 1