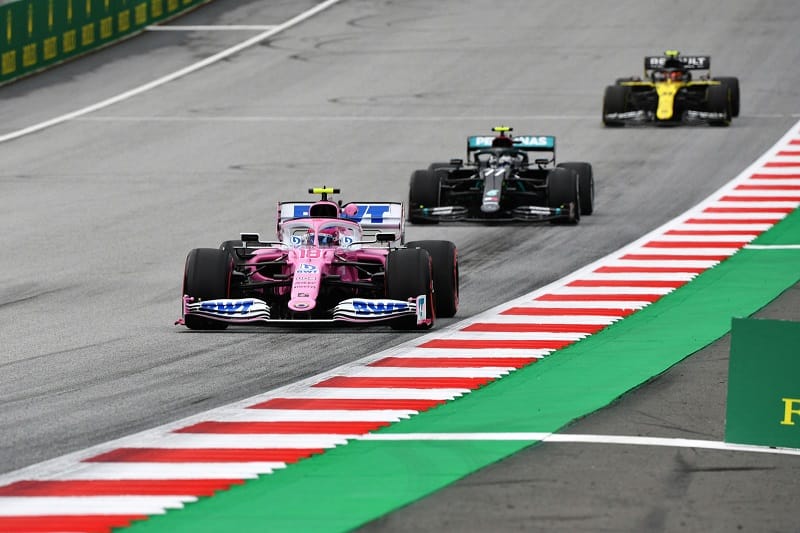 Marcin Budkowski says the Renault DP World F1 Team had been planning to protest the legality of the BWT Racing Point Formula One Team’s RP10 during the Australian Grand Prix weekend in March, only for the race to be cancelled at the eleventh hour due to the coronavirus pandemic.

Racing Point spotted the similarities between the front and rear brake ducts of the RP10 and the championship-winning W10 from the Mercedes AMG Petronas Formula One Team during pre-season testing at the Circuit de Barcelona-Catalunya in February, and were planning to protest it after the first race of the year.

However, the coronavirus pandemic and the delays to the Formula 1 season prevented the dispute from happening until last weekend, when Sergio Pérez and Lance Stroll finished sixth and seventh at the Red Bull Ring, ahead of Renault’s Daniel Ricciardo.

“And the reasons why we didn’t do it last week were more related to the fact took a lot of a lot of good work from the FIA and F1 to reconvene everybody at a race. And I think we wanted to respect this, and we applaud the work that they’ve done.

“And I think we know a lot of teams have contributed to it. And we just thought it wasn’t it wasn’t the right thing to do.  But we did it at the second race because again, there was the opportunity to do it. That’s really the reason for waiting, but it’s something we spotted in Barcelona in the testing.”

The protest is centred around the brake ducts of the RP20, which Renault believe are not the intellectual property of Racing Point, but instead are the property of Mercedes.

If the protest is successful, the Silverstone-based outfit will be forced to change the design of the brake ducts, and they risk losing the points they’ve earned in the races to date.

“Basically we contend that the brake ducts front and rear that are used on the Racing Point are effectively a Mercedes design, and so have been designed by another competitor,” said Budkowski.

“Which is in breach of the sporting regulations, more precisely Appendix 6, and therefore we protested the cars because of that.

“And they are regulated by Appendix 6, so we believe that these geometries in use in the Racing Point are effectively the exact design of Mercedes from last year, potentially with some minor modifications to adapt them to the Racing Point, or some minor evolutions, but nevertheless it’s not a Racing Point design.

“So, it’s not their intellectual property. And that’s explicitly banned in the regulations.”