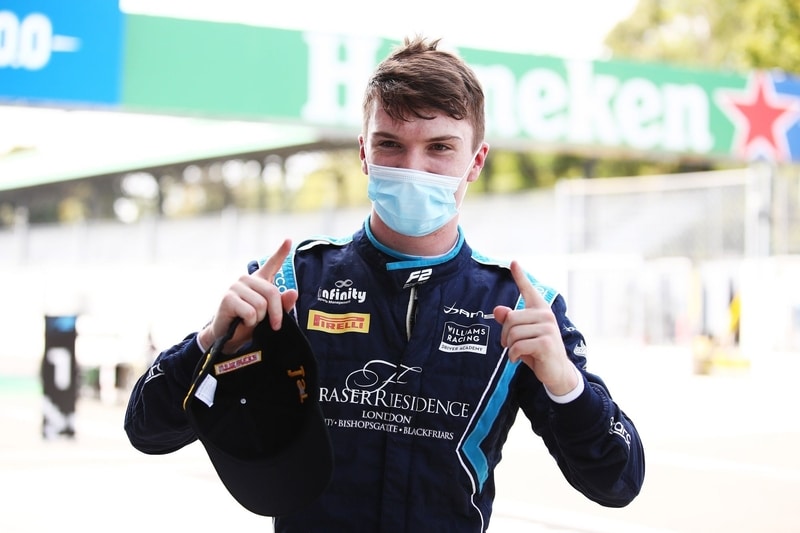 Many hours after Dan Ticktum had crossed the finish line to take a dominant win in the FIA Formula 2 sprint race at the Italian Grand Prix, that victory was snatched away by the FIA stewards, awarding the win to championship leader Callum Ilott.

There were questions very soon after the chequered flag fell as Ticktum stopped just after the Rettifilio chicane in an attempt to ensure that DAMS could provide a fuel sample to the stewards.

However, a reported leak in the fuel tank was the cause of this lack of fuel as everyone else was able to make it back to the pits, and provide a sample with no problems. As a result, Ticktum was disqualified from the results to the anger of him and his DAMS team.

In a statement by DAMS, Team Principal Francois Sicard said: “This fuel tank problem has been known to the championship organisers and their suppliers for several races, The tank in Dan’s car was serviced three races ago, but we still had an issue.”

In a series where all cars are exactly the same, the FIA and Formula 2 will have to be keeping a very close eye on further issues that are brought up by the teams to avoid something like this happening again.

There was also a handful of post-race penalties in FIA Formula 3 after they provided one of the races of the year at the high speed Monza circuit. Most notably, Liam Lawson lost his second place finish as he was given a ten-second penalty for forcing Lirim Zendeli off the road at turn one on lap nine.

The penalty promoted Théo Pourchaire to second and Aleksandr Smolyar to third for his first podium in F3. Lawson dropped to seventh behind his Hitech GP teammate Pierre-Louis Chovet.

Bent Viscaal was disqualified from his eleventh placed finish after one of his MP Motorsport team members refitted the steering wheel after the Dutchman forgot to as he got out. This is a breach of parc ferme regulations, leaving the stewards no choice but to throw Viscaal out of the results.

Grid penalties for next weekend’s final round at Mugello were also handed out, most notably to both title contenders Oscar Piastri and Logan Sargeant. As they both failed to finish, their time penalties have been converted to grid penalties as they head to the Tuscan hills to battle it out for glory.

Piastri was given a five-place penalty after he was judged to have forced David Beckmann off the road at the second chicane which also forced the German into retirement with a damaged car, while Sargeant received a three-place penalty for the incident which saw him ultimately retire as well when he collided with his PREMA teammate Frederik Vesti at the Ascari chicane.

The final penalty handed out by the overly-busy FIA stewards was to Clément Novalak after the Carlin driver was judged as the cause of a four-car pile up at turn one which saw himself, Piastri and David Schumacher all retire from the race.

By Joe Ellis
2 Mins read
Jack Doohan turned up the wick on the final day of post-season F3 testing as he looks to be gelling with his Trident team.
Formula 3

By Paul Hensby
1 Mins read
Yuki Tsunoda is a ‘shoo-in’ to race in Formula 1 in 2021, according to his current team boss Trevor Carlin.