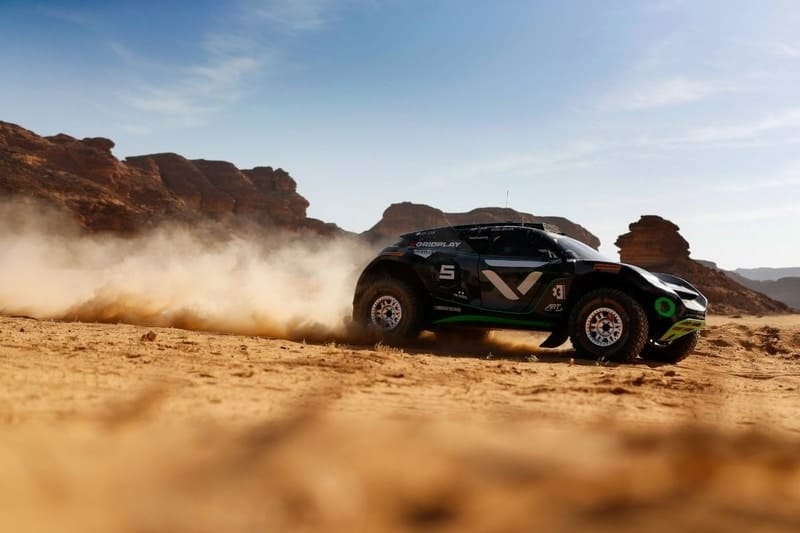 Veloce Racing has unfortunately had to withdraw from Extreme E‘s first event; the Desert X Prix in AlUla, Saudi Arabia. The decision follows on from an incident suffered by driver Stéphane Sarrazin during Qualifying Round 1 that saw the Frenchman roll.

The ODYSSEY 21 Chassis suffered a very nasty roll and after a review by Veloce Racing and the event officials, it was deemed that due to the damage to the vehicle it was unsafe to continue. Luckily, Sarrazin was un-harmed but the crash prevented 2019 W Series champion Jamie Chadwick from taking to the track.

The decision will undoubtedly be a tough one to take for both team and drivers as Sarrazin and Chadwick will be unable to complete their first-ever Extreme E event, and they will be looking to make amends next time out in the Ocean X Prix on the coast of Senegal at the end of May.

Another car – the ABT CUPRA XE entry of Mattias Ekström and Claudia Hürtgen also found trouble, with the latter also rolling. Hürtgen was also able to escape serious injury in the incident.

By Justin Nguyen
2 Mins read
Extreme E invited four female Student Ambassadors to the Island X Prix doubleheader week to gain experience working with the series. They will also join the championship for the final two races of the 2022 season.
Extreme ESim Racing

By Justin Nguyen
3 Mins read
Rosberg X Racing wins the Island X Prix again, and this time they get to keep it. Conversely, runner-up ABT CUPRA was disqualified due to an improperly fastened seatbelt.