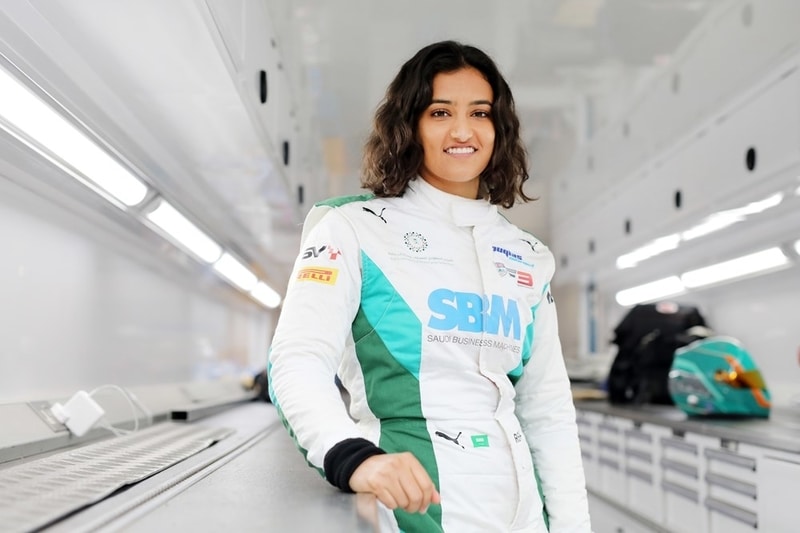 Reema Juffali will be an Official Ambassador for the inaugural Saudi Arabian Grand Prix this weekend (3-5 December).

The 29-year-old’s maiden GB3 Championship season yielded a best finish of fourth at Silverstone, though she was unlucky not to take podiums after starting in a strong position in Race 3 on several occasions.

Juffali will be involved in several promotional and media activities during the weekend at her home circuit in Jeddah, as the first female professional racing driver from Saudi Arabia.

She will also get one of the first tastes of a street circuit whose completion has gone down to the wire, taking to the high-speed track in the 1979 Williams FW07, which evolved into the FW07B driven to the 1980 title by Alan Jones.

Juffali will join other drivers from the Kingdom in the Saudi Supercar Club during a weekend in which Formula 1 and Formula 2 contest their penultimate rounds of the season.

“It is an incredible honour for me to be named as an Official Ambassador for the first-ever Formula 1 race weekend in Saudi Arabia,” she said.

“Growing up in Jeddah, I walked the very same streets which will form the circuit that the world’s best drivers will now race on. It’s hard to over-state what a momentous occasion this is for the city.

“I’m really looking forward to taking part in the activities over the race weekend and I hope that my story and journey can provide some inspiration to anyone thinking of following their dream.

“I also hope that the arrival of F1 in Saudi Arabia will inspire more of the next generation to pursue a career in the sport and continue our country’s racing evolution.”