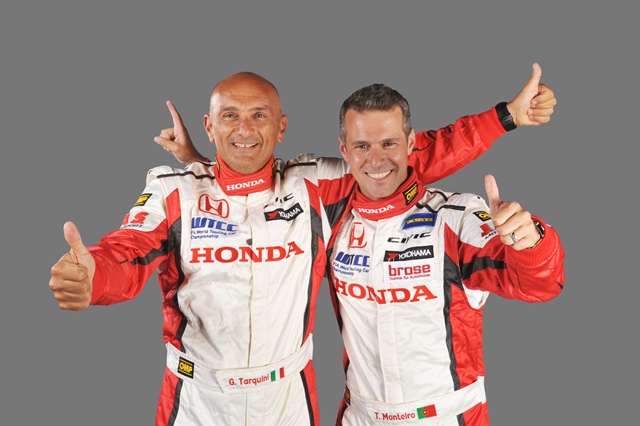 Honda have confirmed that they have signed Gabriele Tarquini and Tiago Monteiro for their entry into the World Touring Car Championship.

Tarquini and Monteiro join the Japanese manufacturer after racing SEATs in the WTCC since 2006 and 2007 respectively.

A Formula 1 driver in the late 1980s and the early 90s, it is in touring cars where Tarquini has made his name. He has previous with Honda, having driven them for five years between 1997 and 2001. He drove a Honda Accord in the British Touring Car Championship in 1997 (having won the BTCC title with Alfa Romeo in 1994), before switching to the German STW series in 1998 and returning to the BTCC in 2000. In 2001 he raced with them in the European Touring Car Championship, which went on to become the WTCC.

After another spell with Alfa Romeo, Tarquini joined SEAT in 2006, winning the WTCC title in 2009. SEAT withdrew as a factory team after that, but Tarquini, now aged 50, has continued to win races with the Leon model.

“I am very proud that Honda called me back to restart together again,” said Tarquini. “I was theirs and the team's first choice from the beginning, and we have worked together planning all the steps to set the programme up.

“Honda is one of the most important brands in automotive industry and in motor sport. They have achieved countless victories in all the categories. The team is very professional and I know all the people very well from my past years with them. There will be no need for adjustment periods. We start working with a lot of optimism and I believe we have all we need to be competitive straight away.” 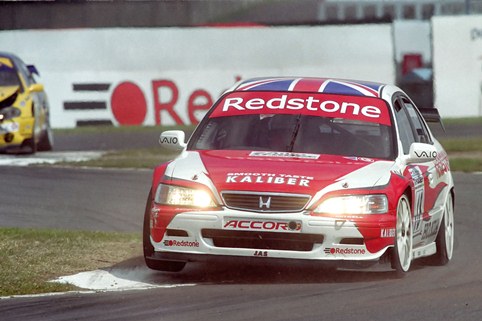 Monteiro was also a Formula 1 driver, spending two years with Jordan/Midland in 2005-06. He then switched to the WTCC with SEAT, winning four races. Like Tarquini, he has continued to race with the brand despite their withdrawal as a works effort.

The 35-year-old Portuguese will make his debut with Honda in the last three races of the current season, at Suzuka, Shanghai and Macau.

“I am obviously very excited for this amazing opportunity,” said Monteiro. “These are tough times in motor sport and there are not many car manufacturers ready to launch factory programmes. To be chosen by Honda is a big boost for my ambitions, because I know they are not playing around but will do everything in the proper way.

“And I'm really happy to team up with Gabriele again. He helped me a lot when I joined SEAT and we get very well together. Especially at the beginning he will be more involved in developing the car, because of his vast experience. However, as I am the one who will drive the car in its first races, I will take over before Suzuka and will have a test of my own in Japan.”

Hideo Sato, General Manager of Honda Motorsport Division in Japan, said: “We are delighted to have Gabriele back with us and excited to welcome Tiago into the Honda racing family for the first time.

“Both are former Formula One drivers and have also proven time and again that they belong in the absolute top echelon of world touring car drivers. We are convinced that both drivers will contribute to the success of the Honda Civic in the FIA WTCC. I'd also like to express a special gratitude to the FIA and Eurosport Events, who have both been instrumental in making our entry in the WTCC possible from this year onwards.”

Olivier Fisch, Managing Director of Eurosport Events said: “We are very pleased to welcome Honda in WTCC, and today we wish to congratulate them for their choice of drivers. Tarquini and Monteiro are among the best touring car racers worldwide and with them on board the programme kicks off in style. They bring the expertise and performance needed to aim for top results.”