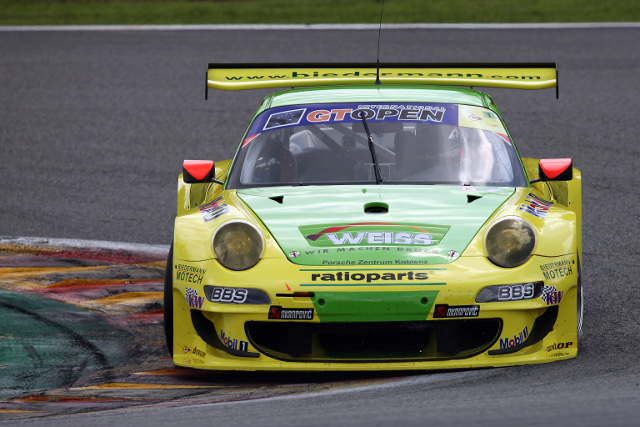 After a successful season both in Europe and the US Briton Nick Tandy collected the Porsche Cup, awarded by the manufacturer to the best privateer Porsche driver in GT racing.

In the US Tandy drove for both Flying Lizard Motorsports and TRG in the American Le Mans Series, driving for the former at Petit Le Mans in October.

Tandy ended the season with a total of 7,510 points but beat Narac by just 170 markers, the Frenchman winning points in International GT Open, the European Le Mans Series and the 24 Hours of Le Mans, all with his own IMSA Performance Matmut team.

Ruberti completed the Porsche cup podium, the Italian part of the three man line-up in Team Felbermayr–Proton’s LMGTE Am car in the WEC. His teammates for the season – Christian Ried and twice Porsche Cup winner Gianluca Roda tied for fifth place.

Andy Lally, Marco Mapelli, Anthony Beltoise and John Potter completing the top ten. Potter and Lally combined for Potter’s Magnus Racing outfit in the Rolex Series, winning the GT class at the Rolex 24 at Daytona and at Indianapolis Motor Speedway to collect the class title in the North American Endurance Championship, run as a championship within the main Rolex Series season.