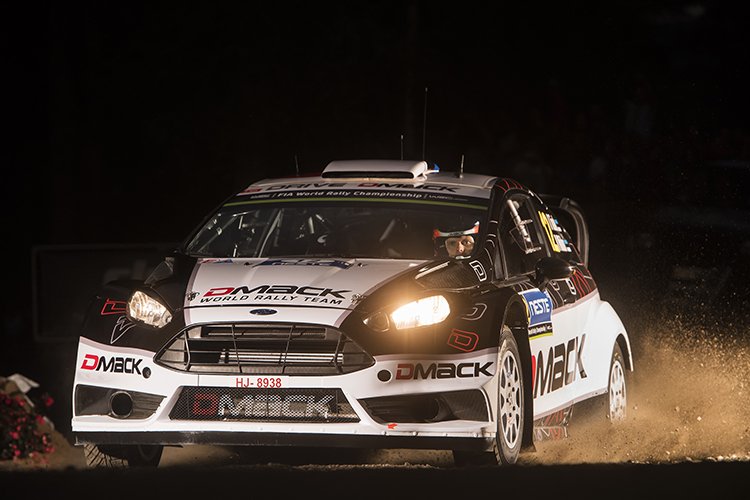 The Estonian driver who had his chance for a maiden WRC win in Poland last time out, only to lose it due to a puncture on the penultimate stage, giving Norway’s Mikkelsen victory in Rally Poland. The top-two from the previous round finished SS1 on the 2.31 kilometre Harju stage joint-leaders of the rally.

Tanak joked about his misfortune of missing a chance at winning previously at Rally Poland. “We were not working hard enough in Poland so we have to work harder here! I’ll try to make it the perfect weekend.”

Mikkelsen’s team-mate Sébastien Ogier was third, only a tenth of a second behind both Tänak and Mikkelsen in the second of the three Polo R’s. While Hyundai Motorsport’s Thierry Neuville was fourth, a full +1.2 seconds behind the top three.

Abu Dhabi World Rally Team’s Kris Meeke was the only British driver to finish SS1 in the top ten in fifth. Meanwhile, in the third and final Polo R, Jari-Matti Latvala could not capitalise on his brilliant Shakedown run earlier on to finish in sixth place.

The Finn was far from happy with his performance, being +2.1 seconds behind the leading pack. “It was a bad start. I wasn’t happy with my driving, I struggled with the gears and was braking too early. I lost time.”

Next of the Abu Dhabi World Rally Team DS 3’s was Irishman Craig Breen in seventh place. While completing the rest of the top ten finishers in SS1 were the Hyundai’s of Kevin Abbring and Hayden Paddon in eighth and ninth places respectively. M-Sport’s Mads Østberg was tenth in the Ford Fiesta.

In WRC2, Finland’s Esapekka Lappi was ahead of Britain’s Elfyn Evans by two-tenths of a second on SS1. While Teemu Suninen completed the top three after the opening stage in third place, meaning there were two Finns in the top three positions.

Meanwhile in the Junior WRC, Norway’s Ole Christian Veiby leads ahead of the championship leader Simone Tempestini by over a second in Harju. Juuso Nordgren was third while Tempestini’s nearest rival in the championship, Terry Folb was fourth, +1.4 seconds behind the Italian.

Finally, in the Drive DMACK Fiesta Trophy, Portugal’s Bernardo Souza topped the timesheets in the opening stage, putting his Ford Fiesta R2T more than six-tenths of a second ahead of the trophy leader Osian Pryce in second. France’s Nicolas Ciamin completed the top three after SS1.

Friday will prove to be a long day for the teams and crews as they will head out of Jyväskylä at 06:05 (local time) before covering 11 stages which total 146.85km before the action closes at 21:45 (local time).