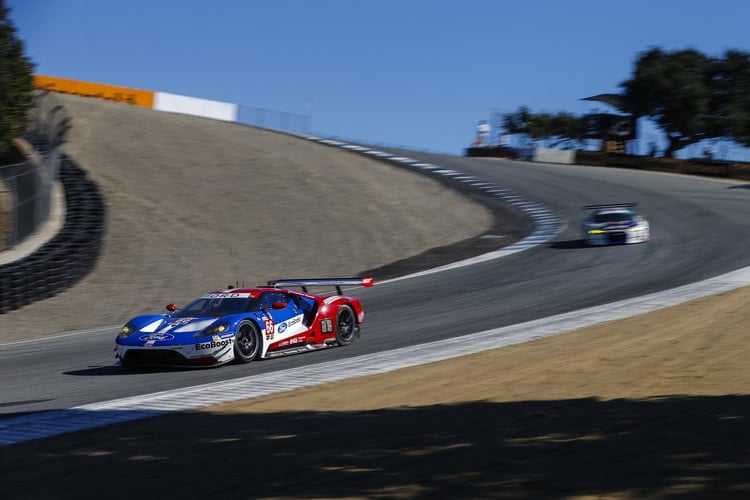 After weeks of speculation, it has been confirmed today that WeatherTech Raceway Laguna Seca will return to the IndyCar Series from 2019. Not only that, it was also confirmed that Laguna Seca will host the season finale for at least the next three seasons. The deal, which has been heavily rumoured in recent weeks, was confirmed today after being approved by the Monterey County Board of Supervisors.

Laguna Seca is a world-famous circuit located in Monterey, California. The 2.238-mile circuit is much loved by fans and drivers and is perhaps most recognised for being the home of one of the most famous corners in motorsports, the “Corkscrew”, a chicane that plunges down eighteen meters from start to finish.

Over the years, the circuit has hosted many of the world’s greatest events, including MotoGP, the IMSA WeatherTech SportsCar Championship and, previously, twenty-two IndyCar races between 1983 and 2004.

During its previous twenty-one years of hosting IndyCar, Laguna Seca has seen many legends of the sport take to the track and have success. The likes of Bobby Rahal, Danny Sullivan, Paul Tracy and more have won at the circuit. Perhaps one of the most memorable wins came from Alex Zanardi, who pulled off a sensational overtake on Bryan Herta into the infamous “Corkscrew” in 1996 to take the victory.

A world-famous circuit with heaps of IndyCar history is undoubtedly a fantastic addition to the IndyCar Series calendar for 2019. One man who was delighted with the announcement today was Mark Miles, CEO of Hulman & Company, the owners of the IndyCar Series as well as Indianapolis Motor Speedway.

“I can’t imagine a more attractive destination location for INDYCAR’s season finale,” Miles said. “Monterey is a place people want to be, and we will bring all of our guests. I think it’s a great choice for us.”

Laguna Seca will not only be returning to the IndyCar Series for the first time in fifteen years, but it will also be taking over the season finale slot on the schedule. The circuit last hosted the IndyCar season finale back in 1996. Timothy McGrance, the CEO of Laguna Seca, was obviously elated with today’s announcement, stating that the race deal will be fantastic for all involved parties.

“The return of INDYCAR to its spiritual road racing home of Laguna Seca is a tremendous honor and testament to the appeal of Monterey, and through the support of the County of Monterey will provide a significant economic benefit to our area businesses,” said McGrane, “We are looking forward to creating more memories in race fans’ minds like Bobby Rahal’s four consecutive Indy car wins from 1984-1987, Mario Andretti’s farewell race in 1994 and Alex Zanardi’s last-lap overtaking of Bryan Herta in the Corkscrew in 1996 that simply became known as ‘The Pass.'”

The 2019 season will be the first time since 2014 that any location other than Sonoma Raceway has hosted the final race of the IndyCar Series. It is not yet known as to whether Sonoma Raceway will remain on the calendar, with the circuit only a 150-mile drive away from Laguna Seca. If both circuits should remain, there may be difficulties when it comes to both races co-existing on the same calendar, let alone at the same time of year.

When asked earlier this week about the potential negative effects that the Laguna Seca deal may have on Sonoma Raceway, Mark Miles told Autoweek that discussions would need to be had.

“I don’t know yet,” Miles said in the interview on Sunday, “We have a place on the calendar for Sonoma and we’ll have that discussion in the context of a decision on Tuesday. It’s all subject to what happens Tuesday.

“Assuming, if in fact, the authorities in Monterey decide to approve our deal, then they will be on the deal and we will have a definitive conversation with Sonoma.”

The remaining dates for the 2019 IndyCar Series – which as of yet has no confirmed title sponsor to replace Verizon – are expected to be announced in the coming months. The next race of the 2018 Verizon IndyCar Series, the Honda Indy 200 at Mid-Ohio, takes place on Sunday, July 29.

By Griffin Schmoyer
1 Mins read
Charlie Kimball will return to A.J. Foyt Enterprises for two races in the month of May at the Indianapolis Motor Speedway