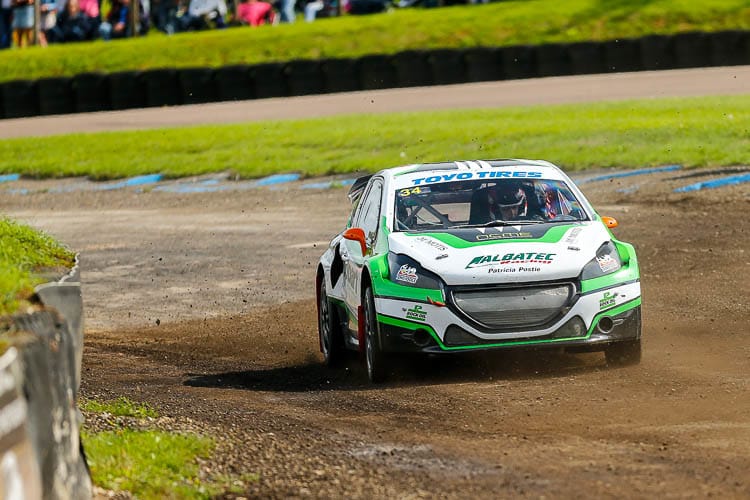 Ollie O’Donovan took the on-track win in the MSA British Rallycross Supercar class today at Lydden Hill Circuit in Kent, but it was Mark Higgins who took the official victory, leaving him top of the points.

Higgins was on pole for the final, with O’Donovan lining up on the second row. Whilst all six drivers got away cleanly from the line, it was the Irishman who made the best getaway, catapulting himself alongside the poleman. Higgins, who won the last MSA British Rallycross round at Lydden, was able to maintain his lead.

However, O’Donovan worked his way into second and was able to line up a pass on Higgins on the way down ‘Hairy Hill’, making it through into the lead. Further back FIA World Rallycross driver, Oliver Bennett, who started alongside Higgins, was having a strong but somewhat lonely race in third.

Higgins pressured O’Donovan throughout, making attempts to pass at Chessons Drift, where he was able to close up the most significantly. However, O’Donovan was able to withstand the challenges, taking the chequered flag reasonably comfortably. Bennett capped off his strong weekend by taking the third spot on the podium.

Steve Hill had a good battle with Julian Godfrey throughout the race, finishing in fourth after the latter suffered a puncture that dropped him back to fifth. Steve Mundy and Kevin Procter were the final two drivers to finish the race, with Jake Harris dropping out with two laps to go, and Andy Grant failing to make the start.

However, post-race, a penalty was awarded to O’Donovan for contact in the final, which demoted him to second place. This handed Higgins the win and the championship lead from Godfrey with two races left in the season.