Jorge Lorenzo to miss the remainder of the Dutch Grand Prix 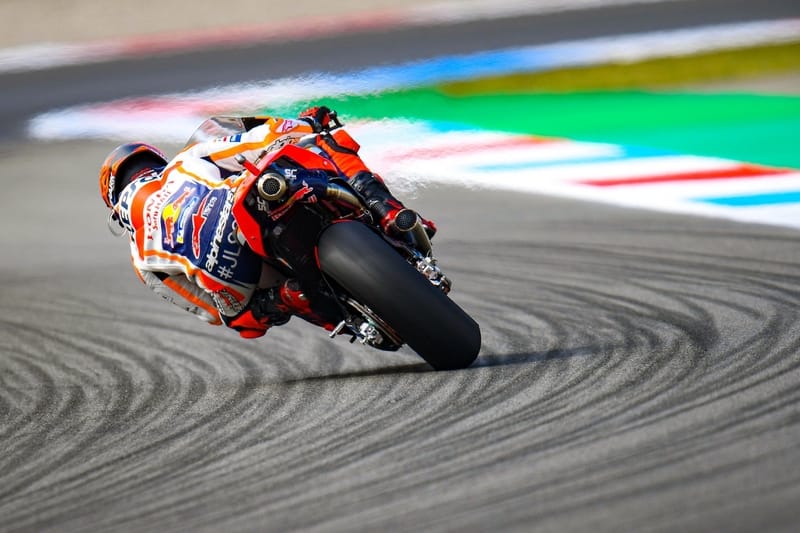 Repsol Honda rider Jorge Lorenzo will miss the remainder of the Dutch TT at Assen after a heavy fall in Free Practice 1.

Lorenzo was rounding the quick left hand turn seven when bike slid away from him, sending him in to the gravel trap at high speed, tumbling along the ground before coming to a stop.

The Spaniard initially sat up after the crash but seemed dazed as he walked away, aided by the marshals before sitting down to await an ambulance.

After being checked over track-side he was taken away to the medical centre for further checks and has since been taken to Assen Hospital where he was checked for chest and spinal injuries before being diagnosed with a fractured D6 vertebra.

Lorenzo has had a tough 10 months having injured his foot in a highside at Aragon last year, since then he fractured his left wrist in a similar accident during practice in Thailand.

Earlier this year in January he re-fractured the same wrist in a training accident, ruling him out of the first pre-season test. In Qatar he suffered a cracked rib in a heavy crash during practice.

It is unknown at this stage whether he will be fit for the next grand prix at Sachsenring, Germany which is only a week away.

KTM rider Johann Zarco was caught out in a similar accident but thankfully walked away from the incident unaided.