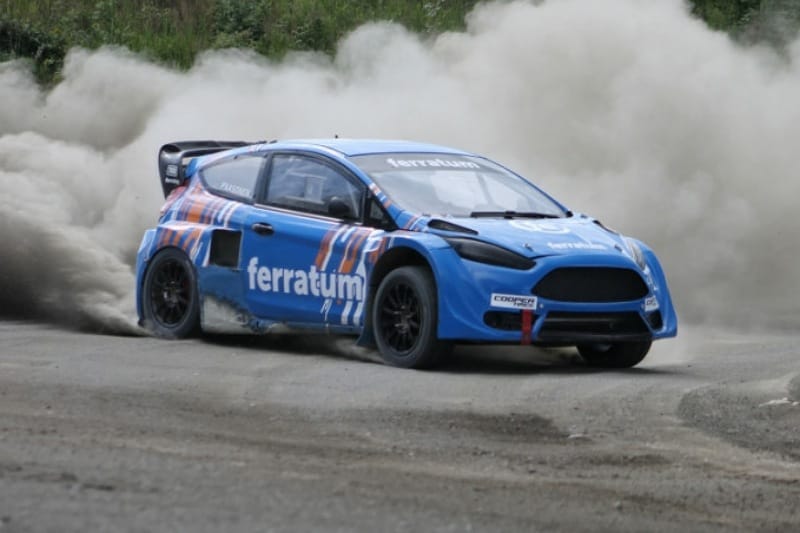 Paasonen, who has bought the Ford Fiesta from the Austrian based team MJP Racing, has upgraded the car with what he calls an in house-built engine and several new technical developments.

The Finn made his rallycross return last year when he made his World RX debut with STARD in the shared second car and eventually entered five rounds of which he only missed one semi-final in Norway.

“We think we have something new with our Ferratum Team Ford Fiesta which we can bring to the World Championship. The engine side is built in Finland, it has some new ideas about how the engine works. There are big questions about what the potential and speed are, but we hope and trust that we have a fast car. But, we will finally see what our potential is when we are in the first race and next to other cars on the same start line,” Paasonen explained about the new upgrades to the car.

Paasonen is hoping to reach the final at every round he will take part at and he also plans to build a second car for 2021. The team have ran some tests with the car earlier this year, so he is keen to see where the pace is when the actual season starts next month in Sweden.

“Of course the target is to go to the finals in every race this year, collect good points and finish as high as we can in the World Championship.” He added.

“It’s nice to come with new team in the championship and I know, I believe we can continue into 2021 and the future. We’re planning to maybe build second car and maybe run a two-car team next year, but we will see. First we go step-by-step to Holjes, Kouvola and Riga and we will see where we are.”

“We have done a number of test days and still before Sweden will do maybe one day, testing some suspension things, but we are quite happy with the car. Almost all of the people in our team are new to the World Championship, only the engine data engineer has some experience. But the mechanics, and some of the others have not so much experience in rallycross at the highest level. Local level yes, but not so much at the highest level so it will be big learning for us.”

The 2020 World RX season will kick-off at Höljes on 20-23 August, you can follow everything that happens on and off the track here on The Checkered Flag.