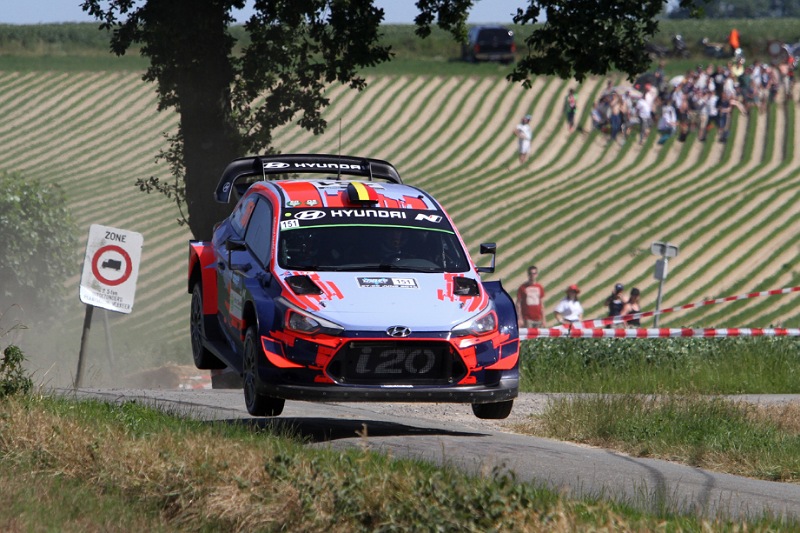 The Ypres Rally in Belgium, which was set to play host to the penualtimate round of the 2020 FIA World Rally Championship between November 19-22 has been cancelled after an increase in the COIVD-19 rates in the country.

Rumours had began circulating that the rally was in danger of being scrapped with the numbers of infections in Belgium on the increase over the last few weeks, with speculation further mounting after two warm-up events had also been stopped from going ahead within the last fortnight.

The news was finally confirmed with the Mayer of of the City of Ypres Emmily Talpe saying a statement: “We have always fully supported Renties Ypres Rally Belgium, but this time we can’t let the rally go on.

“We took this decision in close consultation with Governor of West Flanders, Carl Decaluwé, and the mayors of the other municipalities.”

The tarmac based event had oringially set to take place in June as a round of the Belgian and British Rally Championship‘s before the first wave of the COVID-19 pandemic forced it to be delayed until November, where it was set to become a round of the WRC for the first time.

But an increse in the number of infections putting pressure on hospitals and medical workers as well as tighter social restrictions, has stopped the rally from going ahead.

Jan Huyghe from Club Superstage and who was one of the organisers of the event added: “At the moment, the health of the population, of the staff in the care sector, of our employees and volunteers, of the participants and of all rally fans comes first.

“We have followed up the health crisis in close consultation with the local authorities. Unfortunately, the figures continued to rise dramatically. The Ypres Rally has been at the forefront of safety in Europe for years. This time, health is also on the rise.”

The news means now only one scheduled round of the 2020 FIA World Rally Championship remains, with the Monza Rally between December 4-6 set to decide who becomes WRC champion.