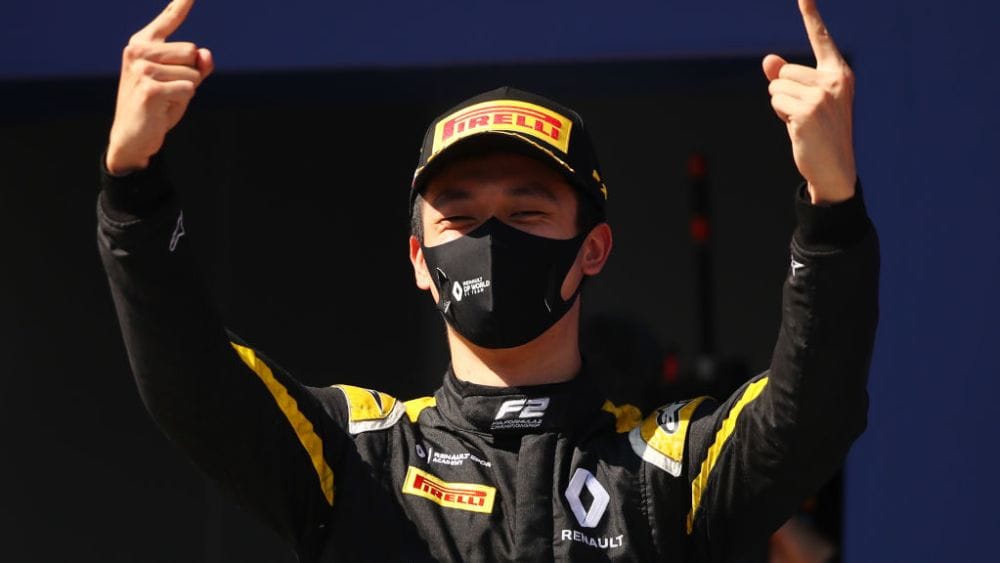 Alpine F1 Team have announced their five academy drivers for the 2021 season and also where they will all be racing this season.

Oscar Piastri was already announced to race for PREMA in FIA Formula 2 but he will be joined in the series by two returning drivers.

Chinese driver Guanyu Zhou will remain with the UNI-Virtuosi team alongside Felipe Drugovich for what will be his third season in F2 and there’s no doubt he’ll be aiming for the title.

“I’m really happy and honoured to continue working with such a professional team for another year,” said Zhou. “I think we showed our potential last year and there is only one target this year. We’re going to keep pushing and try to win the title.”

Also in Formula 2 will be Christian Lundgaard who was impressive during his debut season in 2020 and he will also be a title contender as he stays with ART alongside Théo Pourchaire.

The Dane said: “2020 was my rookie year in the FIA Formula 2, which is the series just under Formula 1. I’ve learned a lot on and off track. It was a tough year in terms of results in the end, but we had more podiums than we had in 2019 in F3.

“It shows us that with everything put together we can make it work and that’s why we are still here together. We believe in each other and we want the same thing. I need to thank everyone involved to make it possible to compete on such level with such a team. Thank you everybody!”

Meanwhile in FIA Formula 3, MP Motorsport will be the home of the final two Alpine academy drivers with both Caio Collet and Victor Martins joining the Dutch team.

Martins pipped Collet to the 2020 Formula Renault Eurocup title as the duo were a class above the field throughout the year.

And with Piastri going from Eurocup champion to F3 champion the following year, expectations will be high for both drivers to succeed.

“It’s been a long time waiting to race in Formula 3. It’s the next step in the junior categories, so I’m looking forward to starting the season“, said Martins. “Even if it’s not the same engineers or mechanics from 2019 I still know a lot of the team.

“I aim to create a positive environment around me and work as much as possible with those around me like the Academy, my team and my family. It’s going to be good to race on the Formula 1 weekends. You see the cars up close and that’s really cool and it makes the ultimate goal feel even closer.”

Meanwhile Collet said: “I’m really looking forward to this season with MP Motorsport. The Formula 3 series is part of the Formula 1 weekend, so naturally it has more eyes on it and it’s going to be important to perform to your best every single weekend.

“It’s also a very competitive series with some of the best young drivers in the world so it’s going to be a fight from start to finish. The target, as always, is to win the championship.”

By Paul Hensby
1 Mins read
Oscar Piastri says his realistic chance of joining the Formula 1 grid will come in 2023 as he is unlikely to be given the chance to race for Alfa Romeo, the only vacant seat available, next year.
Formula 1Formula 2