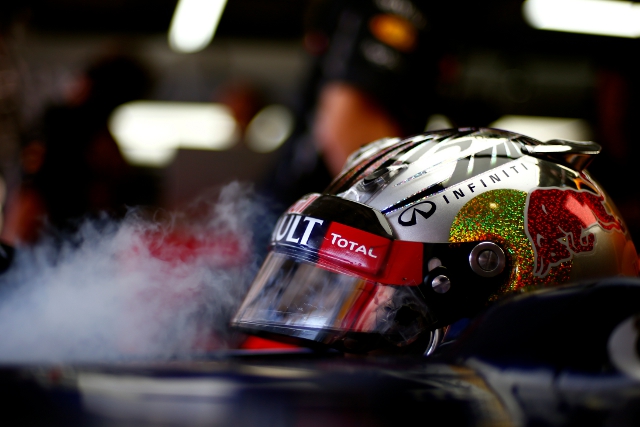 With ten races of the 2012 season gone, Fernando Alonso looked to have achieved a comfortable championship lead as the sport got ready to take its summer break. But before the drivers and teams could take a well-earned rest after a breathless start to the season, there was still the Hungarian Grand Prix to deal with.

At a track that Red Bull has previously dominated at, this time it was McLaren that was the strongest package. Lewis Hamilton dominated the weekend easily, taking a comfortable pole position and race win to become the third two times winner of the season. He came under big pressure from the Lotus cars of Romain Grosjean and later, Kimi Raikkonen, but due to the difficulties of passing on the Hungarian track, even with DRS, Hamilton’s victory never really seemed in doubt. Raikkonen and Grosjean completed the podium, leading some to suggest that they were the favourites heading into the Belgian Grand Prix.

But all of a sudden, it looked like Hamilton, and not Vettel, would be Alonso’s closest championship challenger.

And yet, at Spa, there was one of the key moments in deciding this year’s title.

Romain Grosjean’s clumsy start to the Belgian Grand Prix has been well documented already. Off the start, he made a sudden change in direction across the track and made contact with Hamilton. The two became locked together, before slamming into the hapless Sergio Perez, becoming airborne and collecting Alonso, who was busy minding his own business. The crash so nearly had very serious consequences – replays showed just how lucky Alonso was to not being hit in the head by Grosjean’s out of control Lotus.

As it was, the result was “only” two championship contenders out in the form of Alonso and Hamilton – Fernando’s first retirement of the year. Both Saubers who had qualified brilliantly were also affected, with Perez out on the spot and Kobayashi’s car severely wounded.

On track, Jensen Button claimed his second win of the year with a dominant performance, whilst Vettel recovered from failing to make it through to Q3 in qualifying to finish second, with Raikkonen third. Elsewhere, there was drama off track, as the FIA gave Romain Grosjean a one race ban for his misdemeanour – the first such penalty in over a decade. Jerome d’Ambrosio would replace him one week later at Monza.

The Italian Grand Prix was a chance for Alonso to bounce back – and it looked like he would till an anti-roll bar broke on his car in Q3. Up to that point he had been fastest in both Q1 and Q2 and later admitted it would have been “the easiest pole” of the year. But ultimately he’d qualify tenth, with Hamilton once more on pole position and Sebastian Vettel sixth.

There was some solace for Alonso in the race however, as he leaped through the pack to claim third place to the delight of the Tifosi. There was drama elsewhere, as Button who still had a slim shot of the title after his victory in Belgium, retired. It was also a shocker for Red Bull, with neither car finishing a race for the first time since Korea 2010, and Vettel’s retirement being a repeat of the Valencia alternator failure. Up front, Hamilton won again to eat into Alonso’s title lead, but was pushed hard by an inspired Sergio Perez at the end of the race, who claimed an excellent second place after being on a different strategy.

As the sport left Europe, Hamilton’s future continued to be the source of much speculation off track, but on track he seemingly wasn’t letting it bother him as he claimed yet another pole position at Singapore. In the race however, it was his turn to suffer from unreliability.

He was controlling the race whilst under pressure from Vettel when his car failed – seemingly the final nail in his coffin for his championship hopes. Vettel inherited the lead with Button second and Alonso, who had been struggling for pace all weekend, claimed third.

People would later link this race to Hamilton’s decision to leave McLaren and sign for Mercedes in certainly the biggest off track news of the year. This moved Michael Schumacher – who had once again given his critics ammunition after his retirement from Singapore – out in the cold. The seven times champion would then announce his second, and probably final, retirement in the paddock at Suzuka.

From here on, Vettel’s championship challenge really heated up, having finally adapted the RB8 to his liking. He was given a fair share of luck at Japan as Alonso was once again taken out at the first corner, having appeared to have slightly moved over on Kimi Raikkonen’s front wing, resulting in an instant puncture.

Vettel duly won to minimise Alonso’s point lead down to almost nothing with Felipe Massa and Kamui Kobayashi claiming unlikely podium finishes. Vettel then won again in Korea to take the lead, and strengthened that position after a victory in India.

After four wins in a row, Vettel was now the bookies’ favourite for a third title, as Alonso recovered to finish third and second in Korea and India. But fans were now becoming restless – after a couple of uneventful races, they questioned where the excitement from the early part of the season had disappeared to. The championship, that at one stage looked to be the best in the sport’s history, seemingly looked over with three races to go.

But yet there were a few more twists to the title to come, starting at Abu Dhabi, a track that until now hadn’t be known to produce the most exciting racing ever. But like Valencia earlier in the season, people’s perceptions of the track would soon change.

The drama began after qualifying. Hamilton yet again claimed pole, but the real interest started when Vettel, who had qualified third, stopped on circuit after the session ended. As had happened to Hamilton at Barcelona, Vettel was stripped of his time and sent to the back of the grid. For Alonso and Ferrari, who had qualified seventh, the championship now appeared to be back on.

The race was packed with incidents and action. Hamilton looked to be on for victory, until, like at Singapore, retired through a mechanical failure. Elsewhere, there were numerous accidents, resulting in two safety car periods, as Kimi Raikkonen claimed the first victory of his comeback at a track he’d previously described as being “a bit shit.” Indeed, the Iceman was at his best in the race once Hamilton had retired, and provided two quotes that have since gone viral. He became the eighth winner of the year, but dropped out of title contention.

Elsewhere, Alonso charged through the field to claim second, but surely couldn’t have believed it when he shared the podium with Vettel, who finished third. Yes, it hasn’t been the tidiest of races by the German, who at one stage required a pit stop for a new front wing. Yes, he was also lucky with the timing of the two safety car periods – and yet that should take nothing away from his progress. A brilliant pass on Jenson Button late on to claim third capped off a clear display of Vettel’s fighting spirit.

Now, with two races remaining, it was simple. It was a straight race for the title between two men, Alonso and Vettel.

Onto a new track at Austin, Texas, and the Circuit of the Americas (or COTA) which proved to be an amazing success. The capacity crowd were treated to yet another brilliant race with Vettel and Hamilton being locked into a brilliant dogfight for the victory, with Hamilton eventually coming out on top with only a few laps to go. The result meant that Vettel, who could have wrapped the title up in America, would have to wait till Brazil as Alonso claimed third.

Elsewhere however, Red Bull did enough to claim their third constructor’s title, despite Mark Webber’s retirement. The post-race celebrations were decidedly muted though, with Webber’s retirement being linked to the infamous alternator failure. It looked good for Vettel, but Red Bull knew that it wasn’t won yet, especially with rain in the forecast for Brazil…

And so, the title decider. Alonso’s hopes seemed to rest on the weather, and a fair share of misfortune befalling Vettel. He appeared to have been granted both as rain started falling for the start of the race, and Vettel got turned around by Bruno Senna on the opening lap. With Alonso soon up to third and Vettel in last place, it looked like Vettel’s championship hopes were all over – yet not for the first time this year, Vettel responded by brilliantly charging back through the field.

He was soon back in the position he needed to win the championship – and despite another scare late on when he pitted for slicks just as it started to rain once more, duly denied Alonso the championship in an incredible race. Jenson Button topped and tailed the year, adding a victory at Brazil to go with his win at the first race of the year all those months ago in Australia, with Alonso second and Massa third. They benefitted from a tangle between Hamilton and Nico Hulkenberg as the two diced for the lead, a suitably dramatic if somewhat unfortunate way for Hamilton’s McLaren career to end.

Further down the pack, there were scenes of joy at Caterham as they denied Marussia tenth place in the championship at the final hour.

An incredible year then. History made in many ways – a record number of different winners in the first seven races, Vettel the youngest ever triple World Champion, and only the third man ever to win three championships consecutively.

And the best bit? It all starts again in just over 80 days…