Rookie of the Race

Outstanding debut from the GP2 Series graduate, who despite missing the first free practice session of the weekend was able to secure fifth place in the race.

The Brazilian was forced to sit in the pit garage during FP1 as the court case with Giedo van der Garde continued, but once on track was impressive. His first time on track was in FP2, where he attempted to learn the track, running 33 laps and setting the eleventh fastest time.

He made it into the top ten in FP3 before attacking his first qualifying session of his Formula 1 career in tremendous fashion, missing out on reaching the final part of qualifying by the smallest of margins, ultimately ending up eleventh.

The race started well, with the Brazilian moving up into the top six, and then passed the Toro Rosso of Carlos Sainz Jr before holding off the Red Bull of Daniel Ricciardo for a long spell of the race, pulling away from the Australian and finishing fifth. It was a very professional drive from the Brazilian, who proved straight away he could handle the pressures of being a Formula 1 driver.

The youngest driver in Formula 1 history performed in a way that belied his age and his apparent lack of experience, and showed that despite being only seventeen, Red Bull were right to promote him into the Toro Rosso seat.

With the STR10 showing good speed, Verstappen was able to be quick straight from the blocks. In FP1, he quickly learned the Albert Park circuit, and finished sixth fastest, but was forced to sit out most of FP2 when his car developed a fault, completing only six laps.

Recovered well to finish eleventh in FP3, but a mistake in qualifying meant he could only qualify twelfth when well on course to make it into the top ten shootout.

Was running competitively, without putting a foot wrong during the race, before a mechanical problem just after his maiden Formula 1 pit stop saw him stranded out on circuit just after mid-race distance. A very professional performance from the Dutchman, one that would go a long way to silencing a lot of his critics. 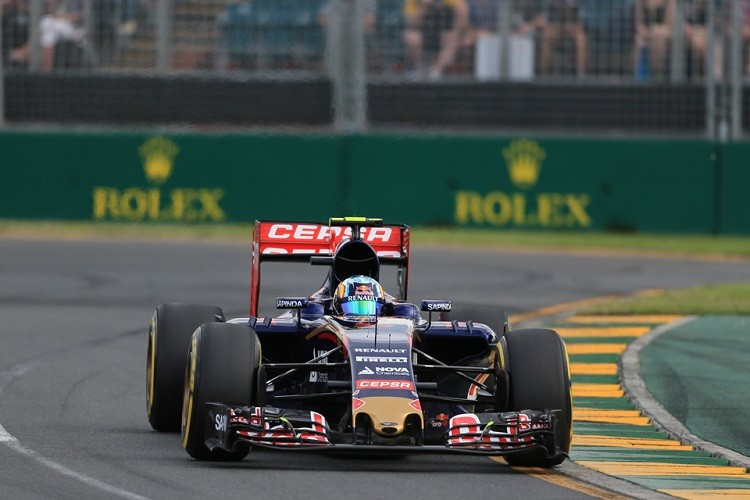 A very strong debut weekend of the 2014 Formula Renault 3.5 Series champion, finishing every session inside the top ten and taking home some well-earned championship points for both himself and the team.

The Spaniard was a very impressive fourth fastest in the opening session on Friday morning, completing a session-high 32 laps of the Albert Park circuit. He followed that up with seventh place in FP2, and then ninth in FP3 on Saturday.

During qualifying, Sainz managed to make it through to the top ten shoot-out, and was impressive as he qualified eighth ahead of the two Lotus drivers, and only a couple of tenths behind Daniel Ricciardo in the Red Bull.

He made a strong start, and lucky to avoid damage after clipping the Ferrari of Kimi Raikkonen at the first corner, moving up to fifth as a result. Lost a handful of positions at the restart after the early safety car due to incorrect software settings that were out of his control, but his position on track was compromised by a lengthy pit stop that saw him overtaken by Nico Hulkenberg while in the pits and left him vulnerable to Marcus Ericsson’s fresher-tyred Sauber late in the race.

Ninth place was the result, but seventh was there for the taking but for errors out of his control. But proved to many that he is ready for Formula 1, and confirms that the Red Bull Junior Programme is finding talent.

Only confirmed to the drive in the week running up to the Grand Prix, and confined to the pit garage throughout the weekend as the Manor F1 Team attempted unsuccessfully to work through the software issues that meant their cars could not run.

Will hope to be able to get out onto the track in Malaysia for round two of the championship in two weeks time.