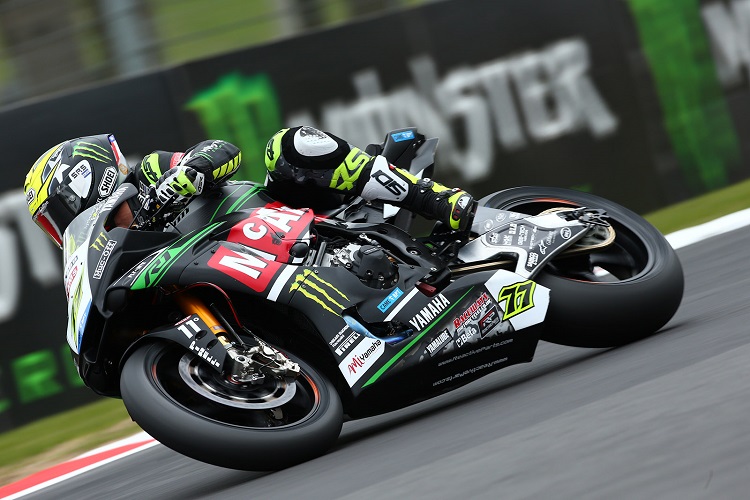 James Ellison set the fastest ever superbike lap of the Brands Hatch Indy circuit to claim pole position for tomorrow’s opening BSB race. The McAMS Yamaha rider was quickest in two of the three sessions, eventually outpacing the two JG Speedfit Kawasakis of Luke Mossey and Leon Haslam who join him on the front row for race one.

One big name had already dropped out of the reckoning before qualifying even started with the news that Davide Giugliano had withdrawn following a crash at Graham Hill bend in FP1. Another of the series’ world-class arrivals was soon eliminated in Q2 with Sylvain Guintoli failing to escape the second session on the Suzuki.

Mossey had previously set the first ever sub-45 second lap of the Indy layout in Q1 but Ellison soon went even faster, clocking a 44.728 to pip the youngster by two tenths. Haslam, who had only just scraped his way through to Q3, took full advantage of his let-off to qualify third, also breaking the 45 second barrier.

The returning Shane Byrne claimed fourth for Be Wiser Ducati ahead of the Moto Rapido Panigale of John Hopkins while Jason O’Halloran gave the new Honda Fireblade its best showing to date, securing the final spot on the second row of the grid. Christian Iddon was seventh on the sole remaining Tyco BMW ahead of a pair of Yamahas with Anvil Hire TAG’s Josh Brookes just edging out McAMS’ Michael Laverty.