Sebastian Vettel: “This is a circuit where you can easily overshoot it” 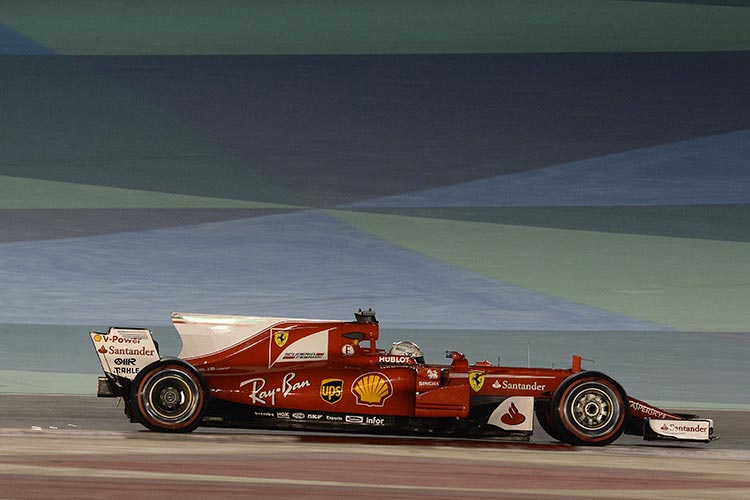 Sebastian Vettel felt the car was better than it was during practice but still found it impossible to keep up with the Silver Arrows. He finished qualifying in Bahrain third with a time of 1:29.247.

Rumours have been circulating for many races that Mercedes AMG Petronas Formula One Team have a special setting that they activate during the important bits of qualifying. This certainly looks likely as Vettel’s Scuderia Ferrari was almost five tenths down.

Vettel believes that being aware of this deficit could have subconsciously coaxed him to have tried to hard, to over-drive, and thus be far from his best.

“Overall, it has been a good day,” he said. “Yesterday I couldn’t get the right feeling, I kept sliding too much.

“We made some minor tweaks on the set-up and the car felt better today, I was quite happy with the balance.

“But in qualifying, after seeing what the gap was at the end of my first run in Q3, I wasn’t so happy, so I tried it all and maybe pushed a bit too much. This is a circuit where you can easily overshoot it.

It appears that the narrow margins are playing on the German’s mind; it will be all eyes on his start as he tries to sneak ahead in the first corner. Vettel is certainly happy with the feel of car going into the race.

“Today, we were losing a bit everywhere around the lap, perhaps more than usual down the straights,” he said. “But tomorrow it should be closer, and hopefully we’ll have a tight race.”