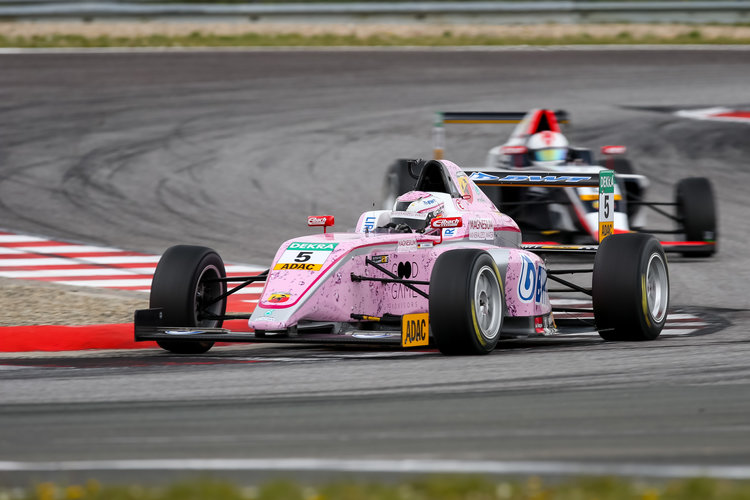 A spectacular maiden win from Lirim Zendeli throws the BWT Mucke Motorsport driver into the championship fight as the first round of the ADAC Formula 4 series comes to a close.

The final, reverse grid race for the ADAC F4 became a story of the infamous Oschersleben turn one claiming multiple victims with varying degrees of success.

In what will likely become one of most notable F4 starts, the top two drove each other off the circuit, beaching themselves in the gravel. Initially Kami Laliberte had started at the front, but with neither himself nor second place Marcus Armstrong wishing to draw first, both missed their braking points resulting in their retirement.

The safety car was called in two successive runs for similar incidents, before Louis Gachot was also caught out, throwing gravel onto the racing line around turn two. Another safety car appeared to clear the debris, with the field being forced to run through the pits.

Racing got back underway with 13 minutes to go, as the Mucke pairing of Lirim Zendeli and Oliver Soderstrom found themselves in the lead. Jonathan Aberdein would be third, struggling to keep up with the leaders as the Prema Powerteam duo remained behind.

Juri Vips had held fourth, but a failed move on Aberdein saw the Estonian drop a position to Juan Manuel Correa. Despite a number of on track battles, the top ten remained fairly static with a US Racing quartet crossed the line behind.

A number of battles in the final lap outside the top ten threw up carnage, as Felipe Drugovich collided with Michael Waldherr, throwing the latter into the air at turn two. Drugovich’s shocking third encounter handed the championship lead to Vips at the end of the opening round.