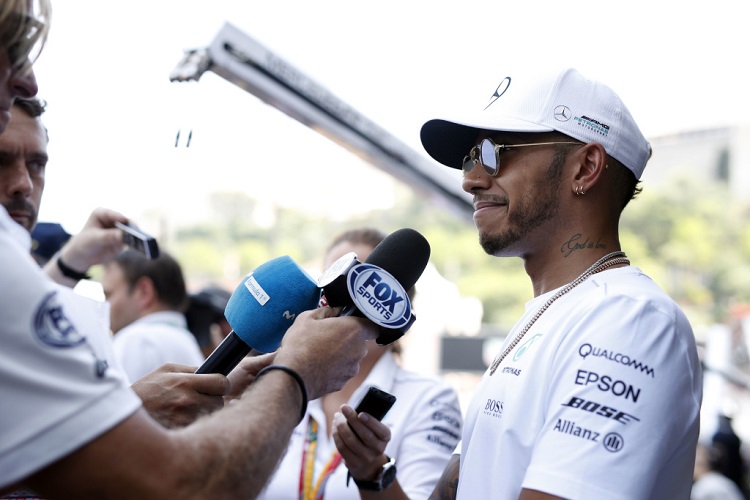 Toto Wolff believes Lewis Hamilton is the best driver of modern Formula 1, that’s the reason behind his seat at Mercedes AMG Petronas Formula One Team.

Hamilton has been in the championship since 2007, the year where he lost out on the world championship by a single point, making it one of the most remarkable rookie campaigns. He has established himself as one of the most complete drivers on the grid, a terrific qualifier, a tenacious racer and a fierce wheel-to-wheel combatant. Hamilton has been on that top spot on 56 different occasions, counting for his three world championships.

Everyone knows what Hamilton is capable of as a driver, as well as having a strong and interesting brand value. For Mercedes executive director Wolff, the Briton is very important for the sport and he wouldn’t want anyone else in the car on a difficult day.

“He is very important for the sport,” said Wolff to Channel 4. “Because he is probably the only superstar that reaches a public beyond formula 1 fans.

“It’s not the reason he is with us, his brand value is interesting and gives Mercedes an edge, but the simple reason why he is with us is that for me he is the best driver of modern Formula 1. On a difficult day I wouldn’t want anyone else in the car.

“He can pull it out and we had it last year in Monaco when he won a race with a car that wasn’t the fastest, with Riccardo up his butt for the whole race and he held it together and this is just an exceptional skill that he has.”

Channel 4, the home of free-to-air Formula 1 with live coverage of ten Grand Prix this season and comprehensive highlights of every race. To watch the full interview ‘F1 Meets… Toto Wolff’ tune into C4 12:25 on Saturday 24 June.