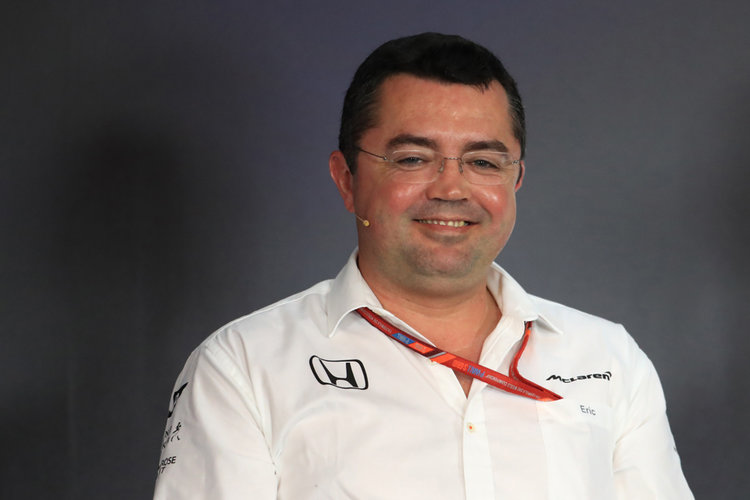 McLaren Honda Formula 1 Team Racing Director, Eric Boullier, says that their new engine partnership with Renault needs to be given a probationary period, before their results can be compared to Red Bull Racing in 2018.

Next season sees McLaren switch engine providers to Renault, and the same specification as Red Bull and the Renault Sport Formula 1 Team, following three woeful years with Honda. Despite their best efforts to rectify the situation, the Woking based squad felt the only solution was to call time on the collaboration, if they were ever to get back to winning ways.

However, Boullier warned that people could not expect McLaren to magically start winning races overnight, as with every new venture, you need time to adjust to each other’s ways of working, before things really start to gel.

Red Bull currently sit third in the constructors standings with 303 points, and drivers Max Verstappen and Daniel Ricciardo have taken one victory each in 2017, along with nine podiums. Verstappen’s win even came in the dry at Malaysia, a fact McLaren driver Fernando Alonso says puts added pressure on the Woking based squad to deliver in 2018.

However, despite the success the Milton Keynes based squad have enjoyed with Renault power this season, the Frenchman believes this is partly down to their long standing relationship with the French manufacturer, forged out over a ten year period, and that continuity and understanding, Boullier says, counts for a lot.

“If you have a 10-year relationship with a partner obviously you have a different connection which we don’t have yet as we are building the relationship. It is going to take some time but we are very motivated to do the best.

“If you are McLaren you are designed for winning so we will do everything we can to be winning. If you have the full package, which means an okay engine, the best car and the best crew and driver you should be winning. So for us the pressure is the same.

“I like it because I am a fan of no bullshit, so if you have a team next door with the same engine it means if you don’t beat them something is wrong with the rest of the car. That is perfect.”

By Paul Hensby
2 Mins read
Sergio Pérez says there is potential in the RB16B despite only having a few laps on test tyres at Silverstone earlier this week.
Formula 1

By Paul Hensby
2 Mins read
Mattia Binotto is confident Ferrari will have a much better 2021 season than in 2020 after improvements to the power unit and a reduction in drag on the SF21.