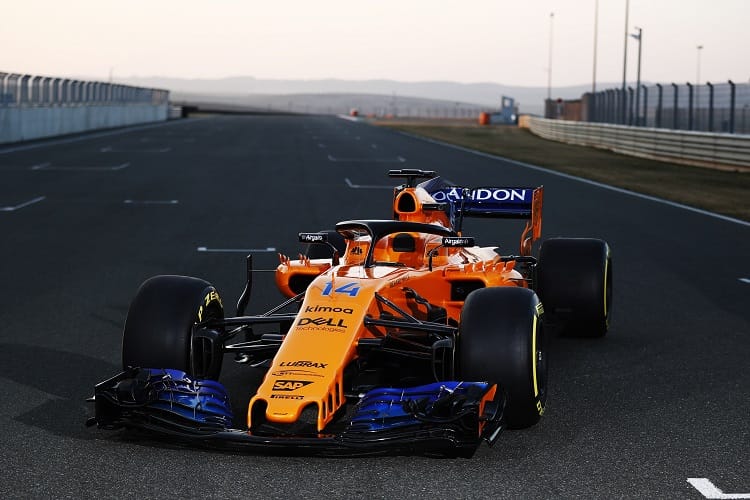 McLaren F1 Team’s Tim Goss says the MCL33 is a logical development of its 2017 predecessor, even if they’ve had to adapt to the Renault Sport power unit after the departure of Honda.

Goss, in charge of chassis development with his role as Chief Technical Officer at the Woking-based squad, says the team learned a lot about their MCL32 during last season, so it was key to evolve the best parts of last years car and include them on the MCL33 that will race during the 2018 Formula 1 season in the hands of Fernando Alonso and Stoffel Vandoorne.

“With last year’s car, we had to commit to certain decisions about architecture based on what we knew at the time,” said Goss. “With a year of track learning behind us, we’ve used that understanding to adjust some architectural decisions.

“That means we’ve been able to revise all the sorts of things you bake into the chassis at the start of the year. We’re definitely continuing along the same trajectory. For launch, the car will look evolutionary, and we will continue enhancing the MCL33 through testing and the race season.”

Goss admits the change from Honda to Renault power for 2018 caused some headaches for the team due to the layout differences of the two power units, but he says he is a fan of the Renault layout even if it did require a redesign of the back end of the chassis as well as the gearbox bell-housing.

“That change has been a big deal,” said Goss. “Even though the regulations state that the front and rear engine mounts need to be the same for every manufacturer, the layout of the engine, its architecture, is very different from before.

“There are two families of engine out there; the Mercedes and Honda concept, with the compressor at the front of the engine, turbine at the back, MGU-H sat in the vee; and the Ferrari and Renault approach, where the turbo-charger is at the back of the engine, and the MGU-H sits forwards into the vee.

“Each of those approaches has its pros and cons, but I’m actually quite a big fan of the Renault approach. Making the switch had a big impact on the installation of the engine. The advantage of the Renault layout means that we can push the engine forwards, but then you have the compressor at the back of the engine, so you’ve got to get the outlet pipes forward without impacting the packaging.

“We had to redesign the back of the chassis, the gearbox bell-housing area, the rear suspension, and the cooling layout. That was two weeks of intense effort to get right. But it was something we were somewhat prepared for, because we knew it might happen, and it’s amazing what people can do in such a short space of time when the chips are down and you’ve got a really clear mission.

“So now we’ve got a really tidy packaging solution; the gearbox and rear suspension designers did an unbelievable job to redesign everything.”