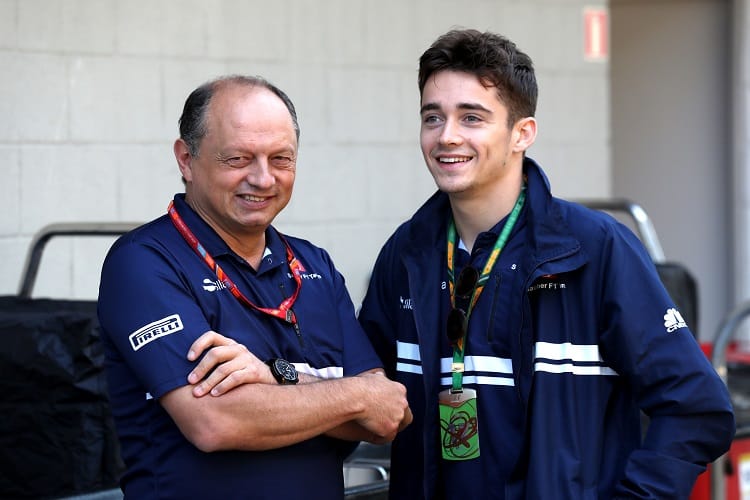 Frederic Vasseur believes Formula 1 could face ridicule if the planned introduction of some kind of cost cap becomes difficult to enforce, especially if reports surface that a team has exceeded their budget by minute amounts.

The Team Principal of the Alfa Romeo Sauber F1 Team is worried that should financial monitoring be introduced and a team is found to have gone over their budget, the press attention it could attract could have a negative effect on the sport as a whole, and make Formula 1 into a laughing stock.

“If we have the same money as the top teams we will close the gap,” said Vasseur to Motorsport.com. “But I don’t know if we have to do that by regulations – like with some standard parts. Then the biggest teams will be able to spend the same as now, but only for marginal gains.

“We could go with financial monitoring, but I am a bit scared about this. On paper it could work but then you have to see how we are able to monitor it during the season to avoid being in a situation that we have in the news or on websites that Ferrari or Mercedes spent 10 Euros more than is allowed.

“Something like that, for the show and the image of F1, would be a worst case scenario, because at this stage – for the fans – the bad side of F1 is that it has become a matter of budgets. And if all together we are only talking about budgets, it would be a nightmare.”

Vasseur does believe that there does need to be some kind of financial cap in Formula 1, as the current top three teams have the monopoly on the podium finishes, with only Lance Stroll’s third place finish in the Azerbaijan Grand Prix in 2017 denying the top three – Mercedes AMG Petronas Formula One Team, Scuderia Ferrari and Red Bull Racing – a clean sweep of top three finishes.

“The best way would be to do it through regulation: limiting the necessary budget to be performant through regulation. Mercedes will always be able to spend much more than us, which is fine. But at least you have to give the opportunity for the small teams to be in a position to fight for podiums.

“If you want a good teaser at the start of the race, then it is that [Esteban] Ocon or [Sergio] Perez could be on a podium at every race if they do a good job. At the moment you have two Mercedes, two Ferraris and two Red Bulls, and that is a bit boring.”