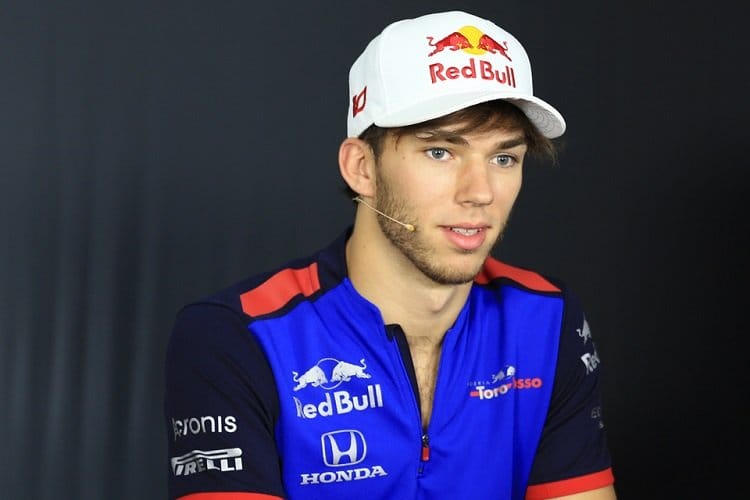 Pierre Gasly has revealed he gave Aston Martin Red Bull Racing some feedback about the performance of the Honda power unit prior to the team making the decision to switch to the Japanese engine manufacturer for 2019 and 2020.

The Red Bull Toro Rosso Honda driver has seven races of experience this year with Honda engines after Red Bull’s sister team made its own switch to the Sakura-based manufacturer, and he has given his thoughts into how it feels on track and the progress they’ve made in 2018.

“I didn’t push for it because I’m not the one who takes the decision – but of course they asked me for feedback since the beginning of the year about the engine,” said Gasly during the Thursday Press Conference at Paul Ricard.

“I’ve tried to give them as precise as possible to help them in their decisions but I think, yes, there were much bigger talks behind it.”

The one remaining conundrum at Red Bull is within the drivers, with Daniel Ricciardo still unconfirmed to remain as Max Verstappen’s team-mate for 2019, but Gasly is not thinking too much about possibly replacing the Australian should he move on.

Gasly hopes to one day be part of the main Red Bull team, but he insists his focus remains on performing for Toro Rosso and adding to the eighteen points he has scored in the opening seven races, including a best result of fourth in the Bahrain Grand Prix.

“And then, yeah, about Daniel’s situation, I think it’s still pretty early in the season to talk about it, of course,” said the Frenchman.  “Everyone is making speculation but at the moment there is nothing really serious.

“I know that, if I do good races, opportunities will come up – and that’s the only thing I try to focus on at the moment. So, we will see what Daniel does, and… yeah… bit too early, I just try to focus on my performances and on myself to give my best.”