Fernando Alonso: “There is a lot of performance to unlock in the car” 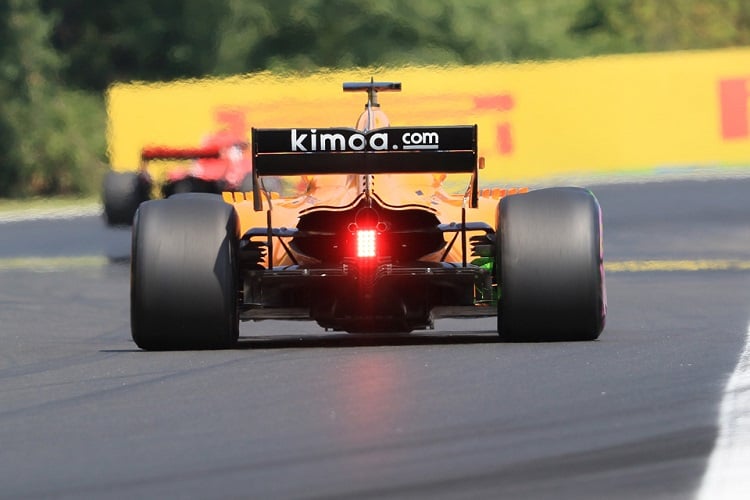 Fernando Alonso was positive after the two free practice sessions at the Hungaroring on Friday, with the Spaniard ending twelfth in both in his MCL33.

The McLaren F1 Team racer had a good feel of his car during the pair of practice sessions in Hungary despite track temperatures rocketing to sky high figures, touching as they did sixty-one degrees Celsius.

Although pleased with the car, Alonso says there is still a lot of performance to unlock from it if they can find the right balance, something he hopes to do on Saturday morning in the final practice session ahead of the Qualifying session.

“It’s been a positive Friday for us, in terms of the feeling in the car,” said Alonso.  “We did a lot of tests and collected good data, with the morning session focusing more on aero tests and gathering basic information, and the afternoon session about trying out both compounds of tyres.

“It was quite warm today, with the asphalt reaching as much as 61 degrees Celsius in FP2 I think, which is quite a record! So, let’s see tomorrow what we can find.

“The set-up and balance were not ideal today, as we struggled a little bit with understeer. There is a lot of performance to unlock in the car if we find the right balance.”

Alonso says they will need to anticipate a change in track conditions for Saturday’s running at the Hungaroring, especially as additional rubber will have been laid down by support categories.

“We need to chase the track temperature and track conditions as this is a circuit that always keeps improving with more rubber being laid down by different series running,” said the Spaniard.  “Tomorrow we’ll have a different track and we need to anticipate that.”