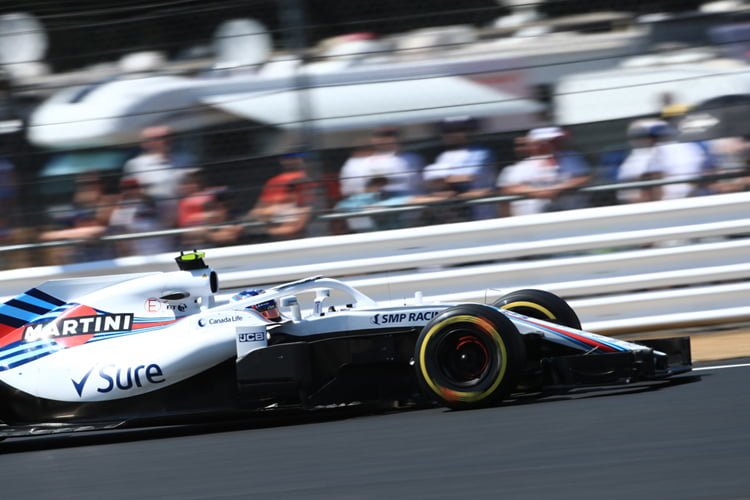 Having made a chassis change following qualifying, Sirotkin started the race from the pit lane. From the off things immediately went sour, as Sahara Force India F1 Team driver Sergio Perez lost control through turn one and made Sirotkin take avoiding action as drove down the pit lane exit.

From here it was a miserable race from the Russian at his team’s home grand prix, spending most of the race in second to last, though eventually losing out when team-mate Lance Stroll made an overtake on softer tyres in the dying laps of the race.

Sirotkin remains the only driver to not have scored a point in the Championship, following Romain Grosjean‘s fourth place at the Austrian Grand Prix.

Speaking after the race, a despondent Sirotkin said his lap twenty-one pit stop onto harder tyres played a part in his lacklustre performance, and prevented him from challenging any further up the grid.

“It was a very painful race.

“The first half didn’t look that bad. I think we had reasonable tyre management on the qualifying tyre. Still, it was lacking quite a lot of pace but at least it was all under control.

“Then, we did quite a late pitstop with the hope to have a good second stint that was shorter and quicker, but then we were facing quite a few blue flags and the safety cars made things difficult for the tyre. Afterwards, I was left with a harder compound whilst all the cars around me had a softer, warmer compound, it was just very painful to be there as a driver and to race it to the flag.

“All in all, very disappointing.“

By Nick Golding
2 Mins read
Pirelli are getting ready to face potentially their biggest challenge yet this season, as Formula One builds-up to the first-ever Saudi Arabian Grand Prix.
Formula 1GB3

By Michael Callander
1 Mins read
Douglas Motorsport’s GB3 driver Reema Juffali will be an Official Ambassador for the Saudi Arabian Grand Prix this weekend. Formula 1 takes to the Jeddah Corniche Circuit in her home city; the 29-year-old will also get a taste of F1 machinery.
Formula 1