Mercedes’ Toto Wolff: “We will be fighting them with everything we’ve got” 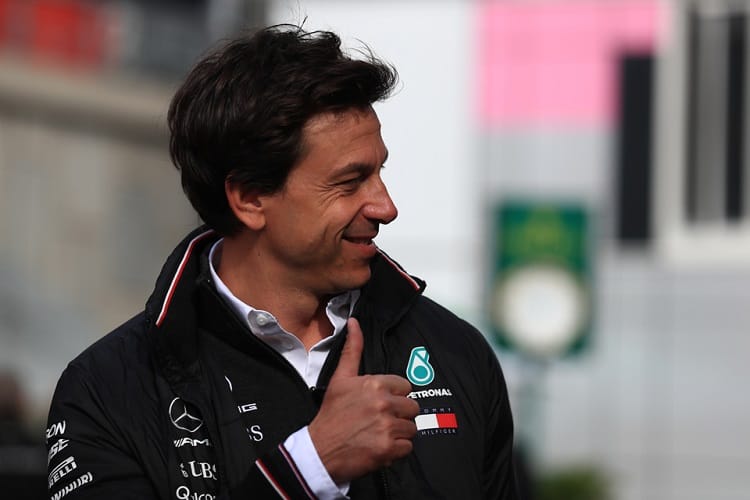 Toto Wolff has admitted that the first race back after the summer break did not go to plan for his Mercedes AMG Petronas Motorsport team as Scuderia Ferrari, and in particular Sebastian Vettel, outpaced and outraced them.

Lewis Hamilton may have taken pole position at Spa-Francorchamps last weekend but was quickly dispatched for the lead on the opening lap by Vettel, and had it not been for the misfortune that befell Kimi Räikkönen, who was caught up in first lap contact and suffered damage to his SF71H, it could have been a lot more painful afternoon for Mercedes.

Hamilton’s lead in the Drivers’ Championship was cut to seventeen points thanks to the result in Belgium, but with the Briton finishing second and Valtteri Bottas fourth – from the back of the grid following an engine change – it actually meant Mercedes outscored Ferrari by five points.

“We did not return from summer shutdown the way we wanted to,” said Mercedes team principal Wolff.  “The race in Spa clearly showed that the Ferrari was the better car around that track, both in terms of performance and tyre management.

“In the end, we were simply not fast enough to threaten Vettel after he had taken the lead in the first lap.

“On the plus side, we still came home with more points than Ferrari – through strong drives from Lewis and Valtteri and some bad luck on Raikkönen’s side. However, it is clear that we need find more performance if we want to keep gaining more points than our competitors.

“Over the course of this season, the performance has shifted a number of times between Ferrari and us, so nobody can take anything for granted. We just have to keep our heads down, focus on the developing our car and take it race by race. We brought a good step forward to Spa with our new engines and we need to keep developing quickly over the next weeks.”

Mercedes finished first and second at the Autodromo Nazionale Monza twelve months ago but he knows that they will need to raise their game this year in order to challenge for victory, with the straight-line pace advantage of Ferrari expected to he hard to overcome.

“We’re now looking forward to the race in Monza – the last of the European races and a Grand Prix with a truly great atmosphere, thanks to thousands of Tifosi,” said the Austrian.  “Last year, we celebrated a 1-2 in Monza.

“This year, nobody expects it to be easy and we will have to step up our game in order to challenge for victory. The Ferrari has been impressively quick on the straights lately which is certainly an advantage on a track like Monza.

“But we will be fighting them with everything we’ve got.”