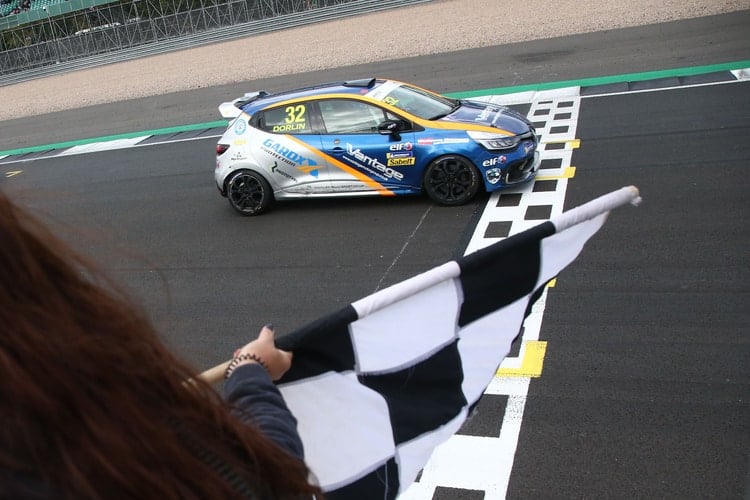 In order to keep his Renault UK Clio Cup championship hopes alive, James Dorlin had to score well last weekend at Silverstone and he duly delivered.

Five victories in a row earlier in the season has kept James at the peak of the title fight throughout the season. However, recent results haven’t been going the way of the Westbourne Motorsport driver. Something had to change.

Qualifying had James on the second row of the grid for both races and this was a perfect opportunity for a couple of podium visits. Something he hadn’t done since the second race at Snetterton.

Heading to Brands Hatch, Dorlin is lying in third on the drivers table just seven points behind Max Coates in first. With everything to play for, James is making sure that all of his and Westbourne’s focus is on securing the title.

“It’s another good points haul and it’s always great to end the weekend on a high with a podium finish. Things are now looking pretty close heading to Brands Hatch in two weeks, and it’s all to play for.

“We’ll go back to base to regroup now and make sure everything is in top condition ready for the finale – I know everybody at Westbourne Motorsport will give me a car capable of getting the performances we need.

“The equation is simple; let’s give it absolutely everything and see where we end up.”