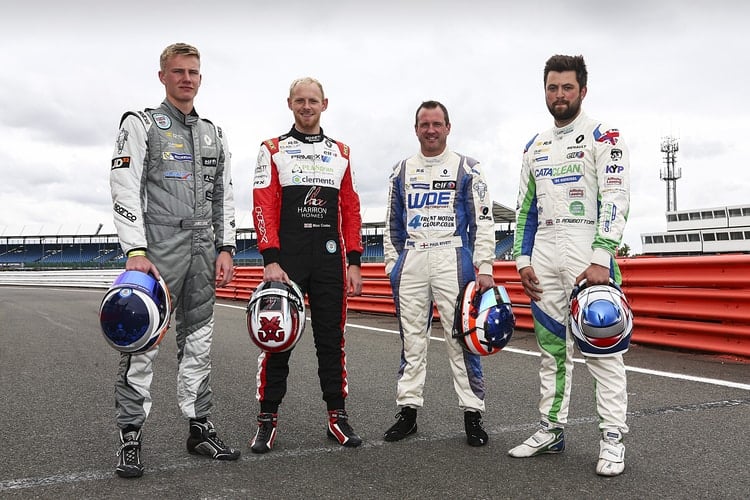 The 2018 Renault UK Clio Cup has been a fantastic season in the history of this one make series. Whilst 2017 was a whitewash by the brilliant Mike Bushell, 2018 has been much closer and the finale at the Brands Hatch Grand Prix circuit will see four drivers aim for overall honours.

Whilst this article is being written, it’s unknown whether WDE Motorsport’s appeal against the exclusion of Paul Rivett from the results of race two at Silverstone has been accepted so this preview will keep the title race as it is.

Max Coates currently heads the table with two hundred and seventy-seven points. Two retirements recently has seen his rivals catch up, but a visit to Brands where he won earlier in the year might be enough for him to retain his lead and take the honours. However, as the first race at Silverstone showed, it may not be as straightforward.

Second is Rivett who as mentioned earlier might take back his title lead. Only six points behind Max, Paul is aiming for his fourth UK Clio Cup title. Undoubtedly the most consistent in regards to scoring well for the title race, this recent discretion shouldn’t actually affect him too badly. Won the first race at Brands Hatch earlier in the year so that might be a good omen.

James Dorlin who was in imperious form earlier in the year where he took five wins in a row lies in third. No doubt in the title hunt because of this form but recently he did have a dip in fortunes. His podium finish at Silverstone threw him right back in the fight and he is now seven points behind Coates in first.

These drivers are the three most likely to take the honours. Whilst the fourth is still within mathematical contention, Daniel Rowbottom is forty-nine points behind the leader. Dan will need the miracle of miracles to take overall honours so it’s probably worth offering a gift to the Clio Cup Gods right about now.

Outside of the top four, there’s nothing else to report.

Apart from the fantastic performance of Bradley Burns at Silverstone where he dominated qualifying and took both race victories. In doing so he also became the youngest winner in UK Clio Cup history. That form cannot have been a fluke and he’ll certainly be the driver to throw a spanner in the works.

Lee Pattison took a great podium last time out so he’ll be hoping to keep up that form, whilst Jack McCarthy will be wanting to make a return to the podium after his victory at Rockingham.

Sadly Matrix Motorsport driver Aaron Thompson has been forced to withdraw from this weekend’s action due to illness. The Checkered Flag wished him the very best and hope to see him on track soon.