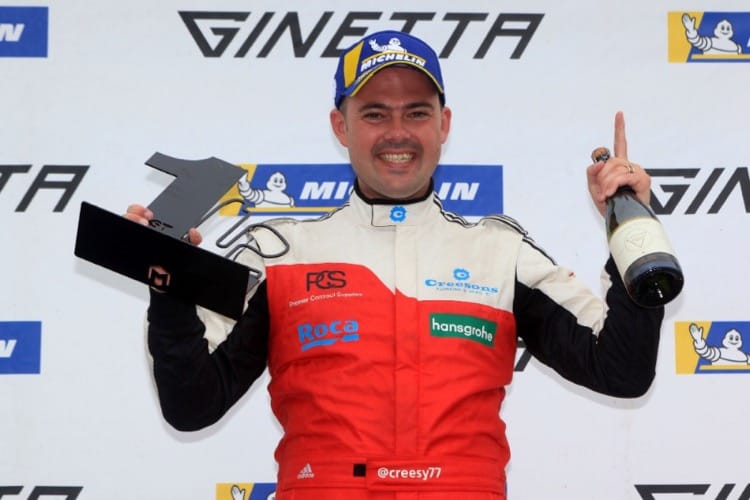 2018 Michelin Ginetta GT4 Supercup AM Class champion Michael Crees has linked up with Team HARD to race in Britcar next weekend.

Crees will share the team’s Toyota Avensis BTCC car with Sam Randon for the season finale, the “into the night” spectacle at Brands Hatch.

The 2017 GRDC+ champion got his first taste of the Avensis this week as part of two days of testing with HARD at Brands.

As well as the Avensis, last raced by HARD in the BTCC in 2016, Crees also got to grips with a Volkswagen CC used in the series this year.

“It’s safe to say that after testing the Team HARD CC and Avensis this week I’ve caught the touring car bug!” said Crees.

“Britcar is a perfect opportunity to get more track time in the car and get used to front wheel drive which is all new to me after two years in a Ginetta.

“It’s also a very special opportunity, driving a touring car at night! I’m relishing this opportunity and would like to thank Team HARD for having me onboard.”

Randon is an established front-runner in the series, while HARD pair Tom Barley and Simon Rudd are in title contention in their Ginetta G55.

Team boss Tony Gilham added: “With our #24 car in contention for the overall title, I’ve been searching for a partner for Sam to help take points off our rivals.

“Michael fits the bill perfectly and his champion status makes him a force to be reckoned with. We want to end our season at the top.”