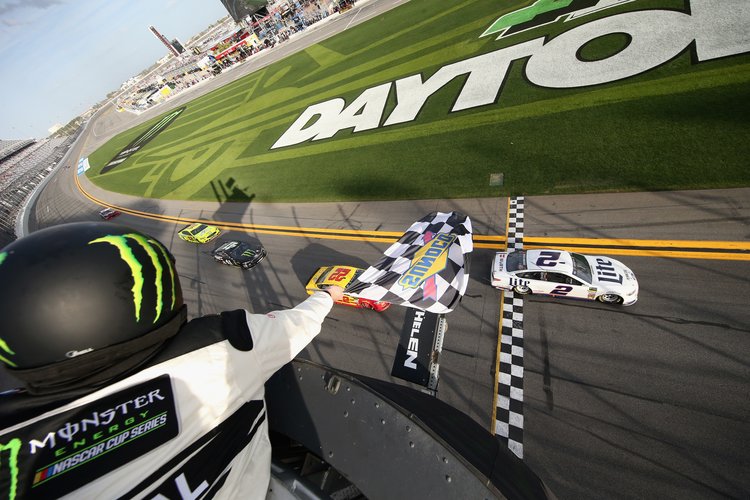 10 February’s Advance Auto Parts Clash at Daytona International Speedway will see at most twenty drivers vying for bragging rights. On Thursday, NASCAR announced such drivers would be eligible to compete in the exhibition race.

“There’s no better way to start the season,” NASCAR Executive Vice President Steve O’Donnell stated in a release. “The close, door-to-door action you see in the Advance Auto Parts Clash is a precursor to the intense competition you’ll see in the Monster Energy NASCAR Cup Series throughout 2019.”

The Clash field consists of drivers from four categories: those who won a pole in 2018, those who won the Clash in previous years and compete full-time during the 2018 season, full-time 2018 drivers who have won a Daytona 500, former Daytona 500 pole winners and full-time competitors, and 2018 Cup Series Playoff drivers.

Ryan Newman and Jamie McMurray won the Daytona 500 in 2008 and 2010, respectively. Both drivers will be in new cars for the 2019 Clash as Newman has joined Roush Fenway Racing‘s #6 car and McMurray is expected to drive Ganassi’s #40 for the Clash and the 500.

Brad Keselowski, Aric Almirola, and Clint Bowyer qualified for the Chase in 2018. Almirola finished the highest in the standings in fifth, followed by Keselowski (eighth) and Bowyer (twelfth).

The Clash will take place after Daytona 500 qualifying.

“It’s a tremendous day of racing for our fans,” track president Chip Wile said. “Having Daytona 500 Qualifying Presented By Kroger followed by the Advance Auto Parts Clash makes for a sweet first Sunday of Speedweeks and will have fans fully tuned up for the 61st running of the ‘Great American Race’ on Feb. 17.”

By Justin Nguyen
3 Mins read
NASCAR Cup team owner and former driver Mark Beard has passed away at the age of 72. His team Beard Motorsports, set to attempt the Daytona 500 with Noah Gragson, will continue with their plans.
NASCAR Cup Series

By Justin Nguyen
2 Mins read
Although Ryan Preece has raced full-time in the NASCAR Cup Series for the last two years and, the lack of a charter and sponsorship for a third of the 2021 schedule may force his JTG Daugherty team to scale back his calendar.