Bennett: “What We Managed to Achieve in the Timescale We Had Was Pretty Remarkable”

Oliver Bennett says that it was “amazing” that his XITE Racing team was able to compete in the 2018 FIA World Rallycross and Americas Rallycross championships.

Speaking to The Checkered Flag at the 2019 Autosport International show, Mini Cooper driver Bennett was delighted with the performance of the team’s new car in the championship last season considering the amount of time they had to build it.

“I think considering we just built the car in three months and took it straight to Barcelona with no testing and we were able to compete was amazing really.” said Bennett.

“I don’t think we could have done much more. What we managed to achieve in such a small timeframe was pretty remarkable.” 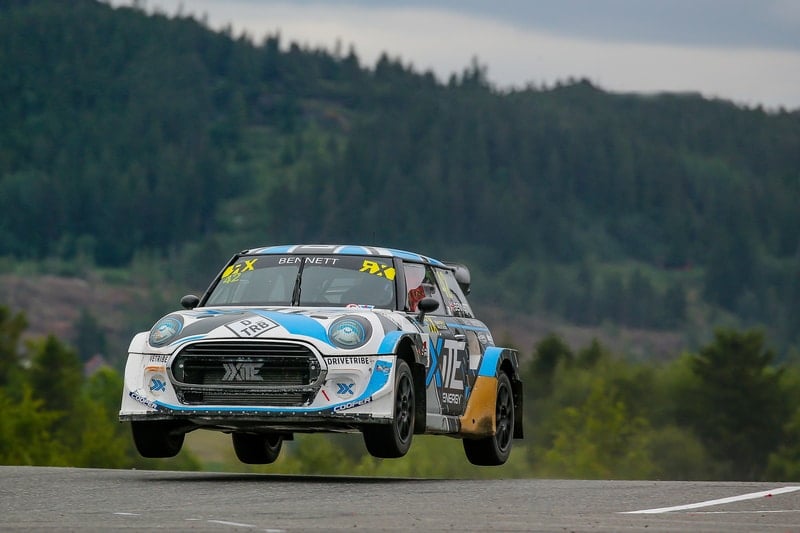 Bennett competed primarily in the FIA World Rallycross Championship in 2018 as well as occasional appearances in the Americas Rallycross series and he added that he expects this to continue this season.

“We’ve got a mix of plans for this season, it’s similar to what we’ve been doing really. We’ve been looking at what events we want to do both as a brand in XITE and also for me as a driver. We had a good year last year doing a mix of events.”

“We’re probably looking at doing a more consistent World Rallycross assault this year. It’s probably going to be our main focus and then we’ll maybe do a bit of ARX in-between if we have the time.”

The opening round of the 2019 FIA World Rallycross Championship takes place at the Yas Marina circuit in Abu Dhabi on April 5/6.

By Ben Huntley
2 Mins read
CE Dealer Tean have confirmed that their driver line-up will be a groundbreaking gender equal pairing of Niclas Grönholm and Klara Andersson.