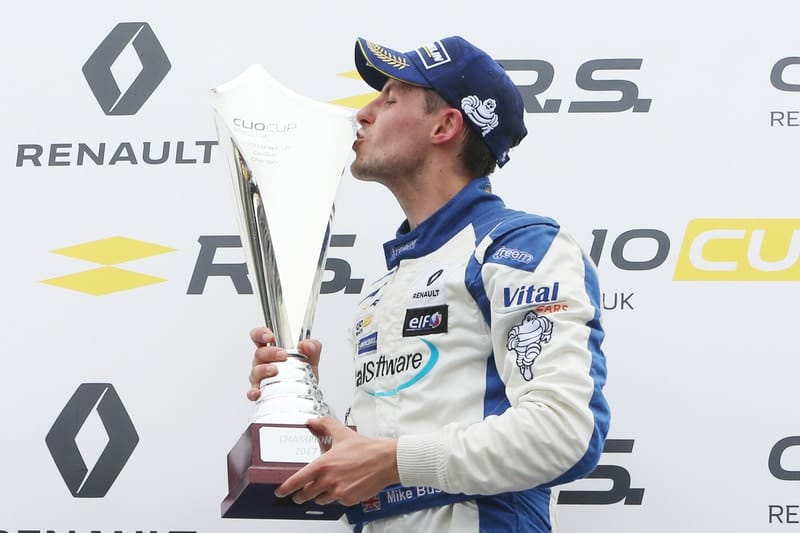 2014 and 2017 Renault UK Clio Cup champion Mike Bushell is to make a shock return to the series after sponsorship issues meant that he lost his Kwik Fit British Touring Car Championship drive for 2019.

Both Bushell and Team HARD, with whom he will drive for in the new Clio Cup season, aim towards winning a third drivers crown becoming only the second driver in the series history to ever win the title more than twice. Four time champion Paul Rivett was the first.

The twenty-nine year old outlined the decision to return to the Clio Cup whilst also heaping praise on the one-make series, The plan had been a second season with Team HARD in the British Touring Car Championship but a few sponsorship deals haven’t worked out so it’s back to the Clio Cup.

“It’s similar to the move I made after my first season in the BTCC in 2015 and I’ve always said if I can’t race in touring cars then the Clio Cup is the best place for a driver to be.

“I’ve had no hesitation in making this decision – the professionalism and type of racing means that, as a driver, you stay sharp and you know the cars are equal. Plus, of course, there’s all the exposure with it being at the BTCC’s events which means huge bang for your buck.

“While of course I’d love to have been staying on the BTCC grid, this is the best alternative to remind people of how competitive I am and to write my own piece of history in one of the best race championships.”