FEATURE: Senna’s Final Win – The End of an Era 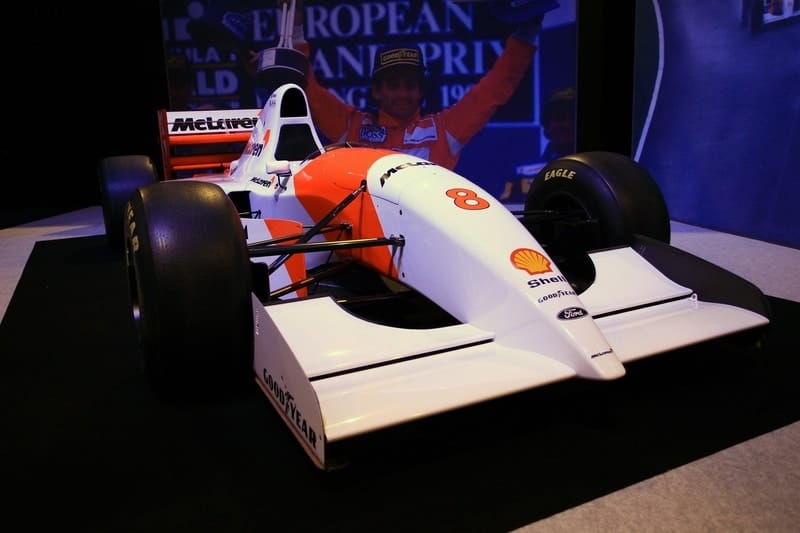 1 May 1994, the motorsport landscape changed forever as arguably the greatest to ever sit in the cockpit of a Formula 1 car was taken far too soon; The indomitable Ayrton Senna. Today, 25 years on from the tragic events of F1’s darkest weekend we look back on the Brazilians final victory in the sport.

The race in question took place in the season finale of the preceding 1993 season at Adelaide for the Australian Grand Prix. Notably, Adelaide was a circuit Senna had never truly mastered, his only victory coming in the infamous rain-affected race two years prior in 1991, the shortest race in the history of the sport.

However, there was much more to play for than simply a more conventional Adelaide triumph. Senna was entering the final race of his long-lasting and fruitful relationship with the McLaren F1 Team as the Brazilian looked to greener pastures at Williams Racing. The Grove squad had taken the last two drivers championships from Senna, with rivals Nigel Mansell and Alain Prost respectively reaping the rewards.

The aforementioned Frenchman was retiring from the sport, vacating his seat at Williams, with this his final race. Therefore, this would also be the final chapter in the greatest rivalry the sport has ever seen; Senna vs Prost. The rivalry, many felt, transcended the sport, taking it to greater heights than ever before as the two most winningest drivers to date battled on and off the track.

On Saturday, Senna claimed his 62nd Pole Position, extending his lead in the all-time rankings over his perennial rival Alain Prost, as well as the late Jim Clark – both of whom had 33 a piece. However, what can be missed from yet another qualifying masterclass from the speed merchant is that this was the only defeat of the FW15C over one-lap. With Damon Hill and Prost claiming every pole position of the season to date. The rot stopped at Adelaide, Senna taking his first Pole since the 1992 Canadian Grand Prix – breaking an unparalleled 24 race run for Williams.

The triple World Champion took pole by the best part of half a second from the trailing Williams pair, despite a 15 km/h deficit to the Williams’ down the Brabham straight. In quite àpropos fashion Prost would line up alongside the Brazilian’s McLaren-Ford. They would be followed by Hill, with Michael Schumacher‘s Benetton completing the second row. Another testament to Senna’s speed was his clear besting of Mika Hakkinen. ‘The Flying Finn’ lined up fifth in the second McLaren-Ford, albeit 0.735s down on Senna.

While the race took time to get underway due to a pair of aborted starts, Senna remained unphased and was rarely headed. He led from the outset; only briefly relinquishing it throughout the pit stop phases as Senna produced a quintessential champions drive to leave his beloved Woking-based team with the accolade of the ‘most successful team in F1’ taking them past Ferrari.

The real story was post-race, in a sign of respect to his greatest adversary, Senna welcomed the World Champion upon to the top step of the podium. The war between the two was over, an era was truly coming to an end as Senna said farewell to the team where he will forever be synonymous with, meanwhile, Prost stepped away from the sport entirely as a driver. Neither would ever add to their combined 92 wins and 186 podiums as neither would ever stand on the podium again. The 1993 Australian Grand Prix was truly the end of an era.

While the race wasn’t a classic, not in the same vein as some of Senna’s greatest exploits such as Monaco 1992 or at Donington Park a year later, it showed how Senna would be remembered. As a racing driver, but not any racing driver; As a driver with an unbridled will to win, no matter the machinery at his disposal. Therefore, on the 25th anniversary of the Brazilian’s passing, do not remember the incident at Tamburello, but remember Ayrton Senna’s 41st and final win, capping off the career of an icon and ending a golden age for the sport.